We all know about Mohan Krishna Indraganti. His movies have something to watch. He makes small movies which makes everyone look into it with the originality that he puts and shows in his films. Director Indraganti Mohan Krishna, who bagged a decent hit with Nani’s Gentleman last year. That talent made him one of the top directors in the telugu film industry. Avasarala is another grab in the film who has done some amazing job with his previous roles he received. 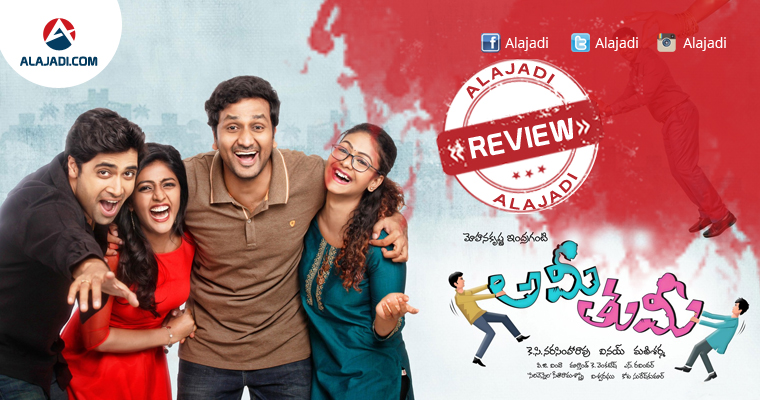 Talking about the film, Ami Thumi is a screwball comedy which is based on the love stories of two couples. Sri and Esha play brother and sister who are in love with Aditi and Adivi Sesh respectively. But both the love stories are riddled with conflicts, some personal and others familial. And things get very interesting when a certain Sri Chilipi (Vennela Kishore) comes into the picture and causes some unexpected twists in the tale. It will leave the audience in splits.

A good one time watch in the theater. A perfect blend of cast to carry the flow of the plot. Humor and performance worked out pretty well with a fantastic background music. Let’s see if the film can strike the right chord with the audience or not ?

Avasarala Srinivas & Tanikella Bharani: They are a good grab for the roles for which they are into it.

Vennela Kishore: Of course, what can we say about him, his timing and humor in the film works out really well.

Ami Thumi is a telugu comedy film written and directed by Mohanakrishna Indraganti. Produced by K C Narasimha Rao under Green Tea productions. The filmmaker is all praise for the music composed by Mani Sharma, which has been topping the charts. The music is like another character in the film. Mani Sharma’s background score is just mesmerizing. The tunes are a tribute to all forms of music-retro, jazz and folk, he says signing off. Cinematography by P G Vinda.