Forbes Magazine announced its billionaires list for the year 2017. For the court year in a row, Microsoft Co-Founder Bill Gates emerged as World’s Richest Man with a net fortune of $86 billion. He was ranked as No.1 in the World 18 times in the past 23 Years. Bill Gates at it again! He topped the list of the richest person on the world with an estimated whopping worth of USD86 billion, which convert to Rs. 5,61,430 crores in Indian denomination. 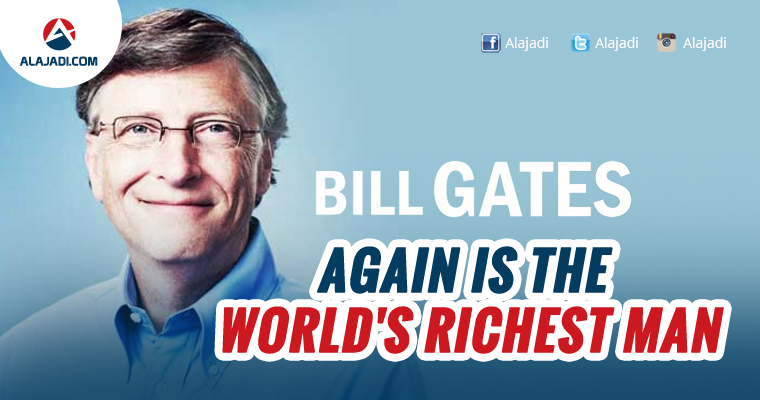 He was followed by Berkshire Hathaway chief Warren Buffet with an estimated wealth of $75.6 billion, before a bevy of American tech giants dominated the rest of the top ten. Amazon founder Jeff Bezos was number three with a net worth of $72.8 billion, Facebook creator Mark Zuckerberg was fifth with $56 billion, and Oracle co-founder Larry Ellison came it at number seven with $52.2 billion in the bank.

The rest of the top ten included Amancio Ortega – Inditex fashion group founder and the richest non-American – at number four with $71.3 billion, Mexican telecommunications tycoon Carlos Slim at six with $54.5 billion, Republican mega-donors Charles and David Koch in eighth and ninth with $48.3 billion, while Michael Bloomberg rounded it out with $47.5 billion.

Startlingly, the US president Donald Trump’s name went down on the list, slipping 220 spots to number 544 with an estimated at USD3.5 billion. Due to slump in US real estate market, the magazine cites this as reason for his low income. United States, with 565, has the most number of billionaires in the world. With 319 billionaires, China is second on the list and Germany was third with 114. The list also reveals that 2,042 number of billionaires are on the earth.

Overall, the global billionaire population jumped 13 per cent from last year to 2,043, the biggest annual increase in the 31 years since the magazine began compiling the list, Forbes said.