What if Baahubali characters worked in IT industry?

SS Rajamouli’s magnum opus Baahubali 2 is smashing all records and has become the biggest Indian film to garner a whopping revenue of Rs 1000 crore worldwide! The Prabhas, Anushka and Rana Daggubati starrer has not only made a mark in the art of film making, but has set new standards of visual effects and spread a wisp of magic with its grandiose. Well, it’s hardly surprising because with the nation hooked on to know why Kattappa killed Baahubali, the success of the film was well anticipated. 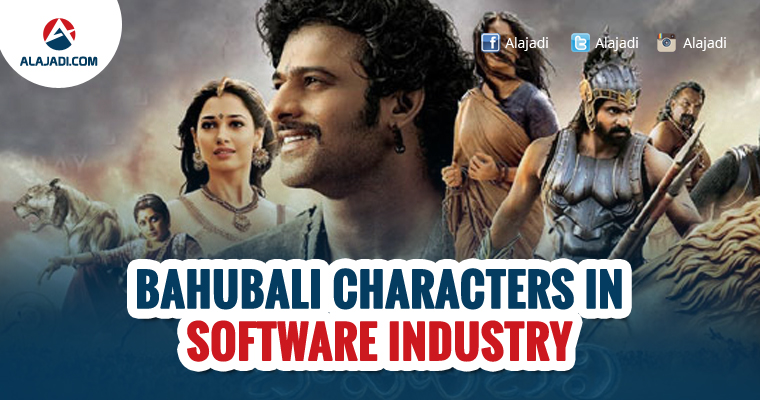 What if Baahubali characters were engineers and worked in the IT industry? the latest hit theme for Baahubali memes is breaking the Internet right now.

Amar is a hard working developer / tester who got all required skills.Though always eligible for best rating, sometimes he is confined to lesser ratings owing to politics and bell curve.

Bhalla is an above average developer / tester who got decent skills ,but won’t work hard. He use politics to get best rating in appraisal.He is always jealous of Bahu..

Bijju is a team lead / manager who shows partiality on Bahu .He often employ politics to get best ratings for his pet resource (Bhalla) even if he is not worth for it.

Sivagami is a Sr.team lead / Sr.manager who is motivational, strong and tough.She allots outstanding rating for any  resources who can get appreciation from clients with their deliverable. But Sometimes because of bell curve she decrease  the rating even for the deserved.

Client who speaks in their own business language, they won’t understand Mahishmati languages likeJava,C++.They are always on war with offshore.

Kattapa is a resource who is a slave to “onsite opportunities”. He is loyal to the chair of his reporting manager.He wont  change to other companies even if higher packages are offered.This life of his is dedicated to “onsite opportunity”He is the one who back stabbed Bahu when Sivagami promised to process his H1B Visa.

Shiva is a fresher who is clueless initially, rather got a potential to become  developer/ tester in future(thanks to Google).He is always  enthusiastic to get on board into project.

Avanti is the beautiful HR lady who woos/recruits Shiva into the industry.

Not only is it hilarious, it’s quite honest too.