A radiant smile, intense eyes, sensuous looks and a fearless attitude, actress Anushka Shetty is undoubtedly a bundle of talent. Filmmakers who got an opportunity to work with her claim that no actress can match her finesse in acting.

Anushka, who appeared in the memorable performance of ‘Jejemma‘ in “Arundathi” and in the historical drama “Rudhramadevi” is all set for yet another memorable role in K. Raghavendra Rao‘s and Nagarjuna’s upcoming devotional biopic “Om Namo Venkatesaya.” 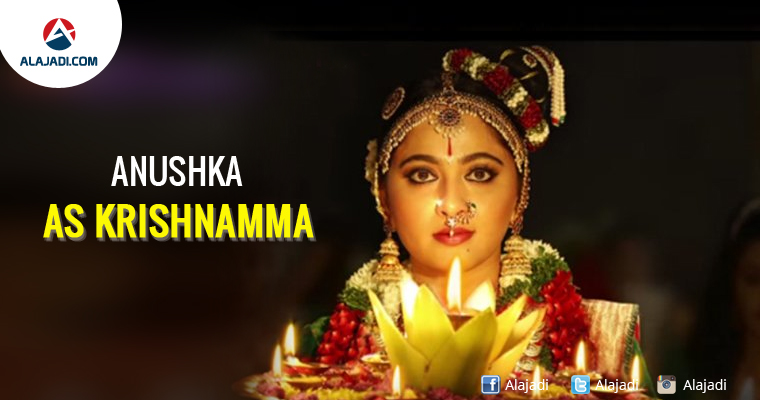 After unveiling the motion poster of Lord Vishnu played by Bollywood serial actor Sourabh Shukla in K Raghavendra Rao’s devotional film ‘Om Namo Venkatesaya’ starring Nagarjuna Akkineni in a lead role, today makers have unveiled the motion poster of Anushka’s character in the film. She is playing the character of Krishnamma, a staunch devotee of Lord Venkateswara. There is unanimous positive feedback for Anushka’s makeover as Krishnamma.

She has got the talent, the grace, and the beauty. Anushka Shetty, the best example of an Indian’s perception of a beautiful woman: fair complexion, chiseled features, fawn-like eyes and a gentle smile on her lips. Her striking countenance that fits into a vast spectrum of roles, to emote and empathize with versatile characters, has made her hold sway on a genre of cinema for more than a decade.

The shooting of ‘Om Namo Venkatesaya’ is currently underway in Hyderabad.