Aatadukunam Raa is the new Telugu movie of Sushanth, Sonam Bajwa is acting as a love interest to him. After long days Sushanth is back to filming. So far he appeared in very few movies. Recently makers released the first look poster and motion poster from the film and official teaser of Aatadukundam Raa are released. 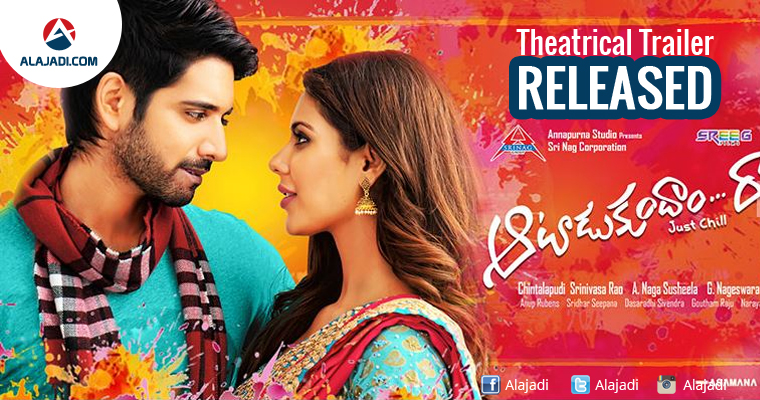 This movie is directed by G Nageswara Reddy, Supporting characters in the film are Brahmanandam, Murali Sharma, Posani Krishna Murali and Prudhvi. Sushanth’s last movie ‘Adda’ failed to impress the audience, Sushanth kept huge expectations on the movie and him received applause from the public on his acting.

Sonam Bajwa is marking debut with this film as the female lead. A Naga Susheela is producing this movie, While Anoop Rubens tunes audio tracks, Aatudukundam Raa movie title is fixed from, King Nagarjuna has this hit song “Aatadukundam Ra.. Andagada.”

Currently, film is at the production stage, soon makers will release the movie for this summer. Teaser seemed to be simple and nothing fresh, Sushanth stuck with successive flops, hope it will bring him a big success. Audio coming soon.