Pelli Choopulu Fame Vijay Devarakonda‘s much-awaited flick ‘Arjun Reddy‘ grabbed the attention of the audience with the teaser which released long in Feb. After the teaser, Fans and audience are waiting for the film’s official trailer. Now, Finally, the wait is over,  The theatrical trailer of ‘Arjun Reddy’ will be released today, by Natural Star Nani at the event which was held at Park Hyatt, Hyderabad. 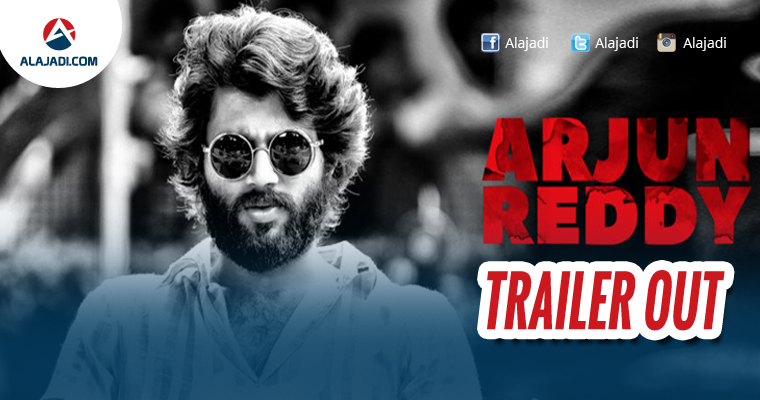 Arjun Reddy is named after the protagonist, played by Vijay Devarakonda. It’s an emotional love story set against the backdrop of a medical college. Vijay plays a medical student with temper issues in the movie, while newcomer Shalini Pandey plays the female lead role. The teaser is bold with generous servings of swear words and vivid scenes of drug use. Now, The trailer is expected to give a glimpse of Arjun Reddy and his story.

The film is based on a true story, newcomer Sandeep Reddy has written and directed the film. The film also stars yesteryear Kanchana, Jia Sharma, Sanjay Swaroop, Kamal Kamaraju and Gopinath Bhat are playing key roles in the movie. The film is produced By Pranay Reddy Vanga & Under The Banner of Bhadrakali Pictures. Film songs are composed Radhan. Recently, Asian Films, one of the leading distributors in Nizam area, and KFC entertainments together have acquired the theatrical distribution rights of ‘Arjun Reddy’ in both Telugu states for the huge amount of Rs 5.5 crores.

Vijay Deverakonda will be next seen in a romantic entertainer which is currently under production and is directed by Parasuram. He will also be seen in music videos as reports of him being busy shooting music video for a popular music company in Goa have surfaced.