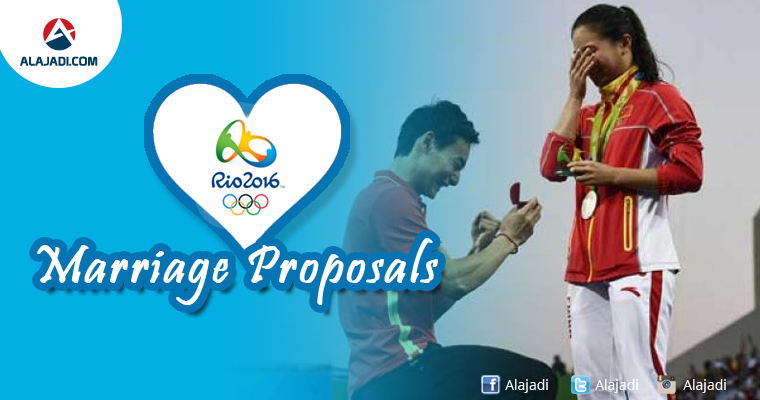 The 25-year-old was met by boyfriend Qin Kai, a fellow Olympic diver, Qin Kai surprised her with a marriage proposal as she stepped off the medal podium. A serious-looking Qin got down on bended knee and appeared to speak at length to He before opening a small box.

“He (Qin) said a lot of things there at the podium. He made a lot of promises, but the thing that has touched me the most is that I think this is the guy I can trust for the rest of my life. “Qin, a bronze medalist in the men’s synchronized 3-meter springboard, also gave his wife-to-be a red rose encased in glass.

It’s is the second engagement to took place at Rio Olympics 2016 Games Venue, Brazilian Olympics volunteer Marjorie Enya proposed to her longtime girlfriend Isadora Cerullo, a member of Brazil’s rugby sevens women’s team, on Monday. After watching the final between Australia and New Zealand, Enya, a manager at the stadium, took to the pitch for a special announcement of her own. With microphone in hand and heart-shaped balloons on standby, Enya, 28, asked Cerullo to marry her.