Captain Amarinder said the young girl had done Punjab proud with her superb performance that steered Team India to a semi-final victory and given a tight fight to England in the final match. Owing to her stellar performance at the recently concluded ICC Women’s World Cup 2017 the 11 players received an overwhelming response from politicians to celebrities of the country. 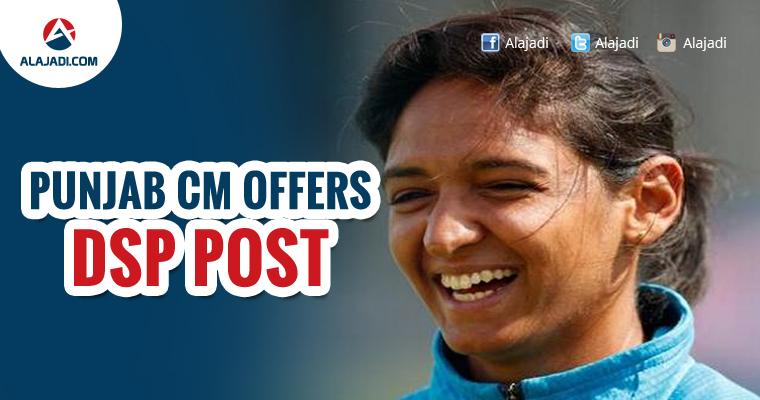 Harmanpreet Kaur, who is the toast of the nation, with an unparalleled score 171 not out in the semi final against Australia, has won an admirer in Punjab Chief Minister Captain Amarinder Singh. The Punjab Chief Minister, immediately after the Indian Women’s team lost the match against England, congratulated the team by tweeting that they showed an excellent fight. Not only did he shower praise, the chief minister also went on to say that he would be happy to appoint Kaur as DSP if she desired to.

Having already announced a cash prize of ₹5 lakh for the batter, the CM offered her a job after speaking to her father Harmandar Singh in Moga. Ms. Harmanpreet had reportedly wanted to join the Punjab Police some years ago but had been denied by the force. The Chief Minister also promised to review the State’s sports policy to provide government jobs to young sportspersons like Ms. Harmanpreet.

Proud of @ImHarmanpreet, they gave an excellent fight to England in the World Cup final, would be happy to appoint her DSP if she desires.