Actress Priyanka Chopra will be conferred with the Dadasaheb Phalke Academy Award for being an international icon. The 34-year-old actress’ Hollywood debut film Baywatch is set to release in India on June 2. The film, which released in the US on May 26, was poorly reviewed by foreign media and failed to get good box office numbers. Priyanka Chopra became a popular face in the west after she starred in the American TV series Quantico. The Barfi! actress won two consecutive People’s Choice Awards for portraying the role of FBI recruit Alex Parrish in the show. 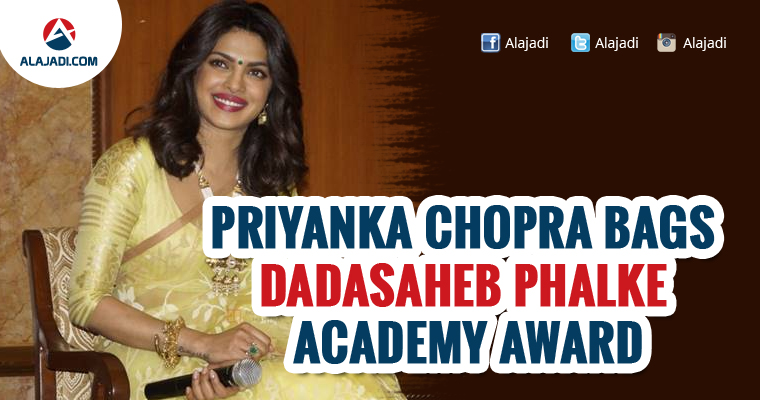 Priyanka’s hard and sincere efforts have helped her place herself on an international platform with grace. She is representing India at a global level and that has made every Indian proud of her work. This compelled us to introduce this fresh category in the awards,” Dadasaheb Phalke Academy and Award Committee chairman Ganesh Jain said in a statement. Actor Johny Lever, Mithun Chakraborty and chairperson of CBFC are members of the Dadasaheb Phalke Academy Board. Celebrities like Anil Kapoor, Kapil Sharma, Juhi Chawla and Nitesh Tiwari, among others, are expected to attend the event.

No doubt, Priyanka Chopra is extremely talented artiste.  She has proved her acting abilities with critically acclaimed films like ‘Mary Kom’.  But the Phalke award committe has not shown this reason for conferring award.  Cine lovers consider Dadasaheb Phalke award as prestigeous one.  Several netizens are criticizing the award committee that they have conferred award to a beauty who has excelled in exposing and skin show on international platforms.  In other way it is an insult to the directors like K. Vishwanath.  It seems that they have some logic.