The shooting of Powerstar Pawan Kalyan’s next big project titled Katamrayudu shooting is progressing t brisk pace. Powerstar fans are eagerly waited to see the film’s poster, which is released on December 28th at 5 PM. As per reports, Sardaar Gabbar Singh team is planning to release a new teaser. It is not officially confirmed.

The film is said to be set in the backdrop of Rayalseema background. Shruthi and Pawan will set the screen on fire with their crackling chemistry once again. Coming into details, the movie makers have planned to launch the teaser of this highly anticipated film on 1st January 2016 to enthrall fans of Pawan Kalyan. There is no doubt, for this New Year, fans of Power Star will get a perfect gift from their favorite star for celebrating the new year party better. 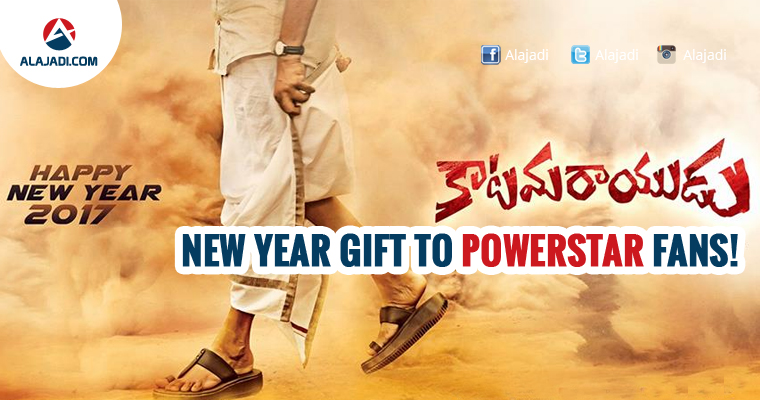 Sardaar Gabbar Singh is a Telugu action film of Power Star Pawan Kalyan which is directed by K.S. Ravindra and produced by Pawan Kalyan as well as Sharath Marar together. It will come under Pawan Kalyan Creative Works and Northstar Entertainment Privet Limited in association with Eros International.

His last film Sardar Gabbar Singh failed to meet the demand of his fans, and Katamarayudu is the remake of the Tamil movie Veeram, It has music scored by Anoop Ruben, Camera Prasad by Prasad Murelli and editing is done by Gautham Raju. Dolly is directing the movie which is scheduled for release for Ugadi festival, and Makers are completing the shooting of the film at a brisk pace. As Pawan Kalyan has the huge fan following, Definitely, Expectations will be more on the film.