A new model of smartphone from Kyocera is changing the way we look at our most utilized device. We use our smartphones at least a few hours throughout the day and they tend to get dirty. We cannot just simply wash them, as most of them will not respond well when we put them under water. Well, that was the situation until now when Kyocera, a Japanese company that produces smartphones, introduced their new model of washable devices. Yes, you heard right, you can use soap and wash this smartphone! 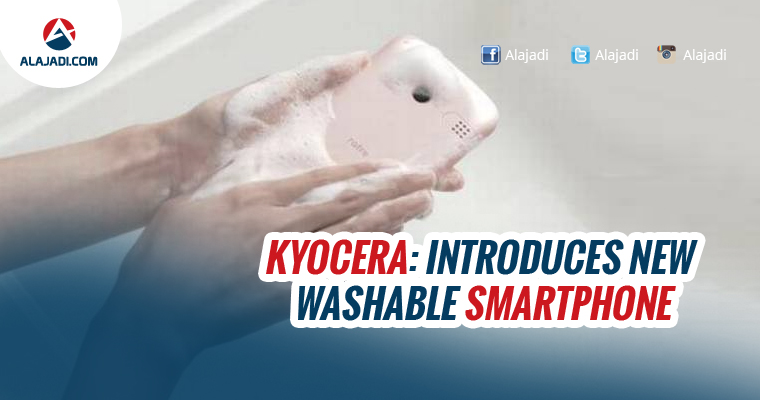 This model is called Dingo Rafre, and it is the latest device from Kyocera. It isn’t just waterproof, it is also resistant to many chemicals that we might use when washing the phone. Kyocera designers removed traditional speakers, in order to make the smartphone waterproof. The sound will be generated throughout the device itself, using Smart Sonic receiver technology.

The smartphone is a successor to the original DIGNO rafre, which launched in December 2015 as the world’s first hand-soap-washable smartphone. In addition to resistance against foaming hand soap, the second-generation model possesses resistance to foaming body soap, the company said in a post on Friday. The product will be available from March 2017 in Japan and will be offered in three colors pale pink, clear white and light blue.

Furthermore, the new handset is equipped with a special cooking app which allows users to scroll through recipes, set timers and answer calls through hand gestures without having to touch the display. Equipped with phase detection auto-focus and auto HDR, the device sports 13 MP rear camera, 2 GB of RAM, 16 GB internal memory, 3,000 mAh battery and runs on Android 7.0 Nougat operating system.