The internet giant Google has hired a 16-year-old student from Chandigarh at a whopping annual salary of Rs 1.44 crore. Harshit Sharma, who completed Class 12th from Government Model Senior Secondary School (GMSSS), Sector 33 in Chandigarh will be joining the graphic designing team of the company in August in the US. Harshit will undergo an initial training for a year. During the training, he will receive a stipend of Rs 4 lakh per month. On the successful completion of the training, Harshit will receive a remuneration of Rs 12 lakh per month. 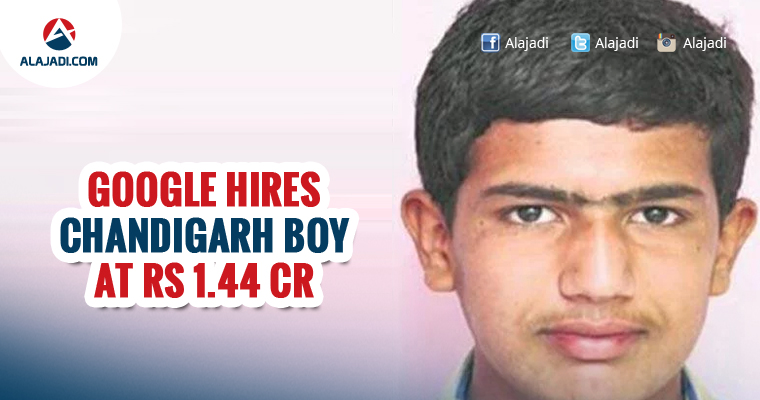 Harshit hails from Manthana in Kurukshetra, Haryana. He studied Information Technology in class 12.I kept searching for jobs online. I applied for this job in May and was interviewed online. I have been interested in graphic designing for the past 10 years. I was selected on the basis of the posters I designed. Harshit’s parents are teachers and he was mentored by his uncle who lives in Dera Bassi. His teachers praised him, one of them remarking him as “brilliant student.”

His school got the smart school status in 2016. Harshit helped the teachers in various programmes, as he has a knack for technology,” Indira Beniwal, principal of GMSSS told. She further informed that he had brought many laurels to the school including winning an award of Rs 7,000 under the Prime Minister’s Digital India scheme.