Where is the safety and protection for Mumbai Police from the goons and brainless people. This incident is very deplorable, that too while immersing Ganesh. The police who protect the common people in the society, for them only there is no defence at all. four youths of a Ganesh Utsav mandal allegedly tried to drown a sub-inspector in Kalyan township of Thane. 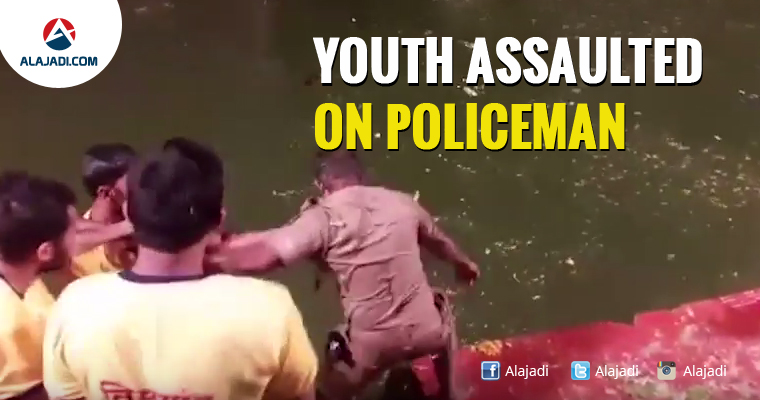 On the other hand, putting humanity over religion, 8 Muslim youths performed the final rites of Waman Kadam according to Hindu rules on Sunday at Mumbra, near Thane. But here, a youth was seen trying to drown an on-duty police inspector in a pond in Kalyan on Tuesday night.

He was controlling the crowd assembled for the immersion and was disciplining the members of various mandals. The members of the Jari Mari Ganesh Utsav mandal were also asked to follow queue system. However, some youths of the mandal objected to being disciplined and picked up a quarrel with Dagale. When Dagale struggled to come out of the water, one of the youths jumped in and again allegedly tried to drown him, but he managed to save himself by swimming out of the lake, police said.The video also showed people indulging in revelry with no one coming to the rescue of the police officer.