A man carrying the body of a 14-year-old boy left the people of the Dangs stunned and outraged on Sunday. According to sources, unavailability of ambulance at the local primary health center forced the man to carry the body on his shoulders. It was only after the locals intervened that the district administration summoned a private vehicle to ferry the body. The victim is identified as 14-year-old Minesh Palara, a resident of Kholajar village in the Panchmahals. He was working as a laborer at a construction site in Waghai in the Dangs. 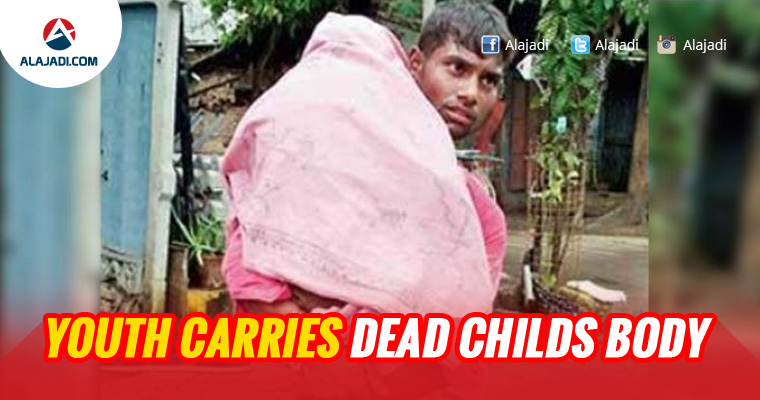 On Sunday, his condition deteriorated. The site supervisor Bholabhai Tadvi noticed that the boy had lost consciousness and took him to the primary health center around 9.20 am. Dr Saroj Patel examined Minesh and declared him dead. When Bholabhai inquired for an ambulance to take the body back to construction site, the doctor allegedly told him that they did not have a vehicle to spare. So Bholabhai carried the body, covered in a sheet, over his shoulder. He walked quite a distance before people noticed that he was carrying a body.

Soon, people raised a hue and cry and the sarpanch of Waghai village Dharmesh Patel reached the spot. They called a private vehicle to carry the body. Waghai Mamlatdar DK Vasava also reached the spot. He said, It is true that the ambulance was not available. But the supervisor did not ask or wait for a private vehicle. We would have arranged for it if he had waited. Anyway, we paid for the private vehicle. He further raised questions on why the boy was not brought to the hospital earlier. We will investigate whether there was negligence on part of his employers. This is a case of child labor and we will be conducting a through probe and guilty will be punished. Meanwhile, Primary Health Center in-charge RV Pathak said there will be an inquiry into why the ambulance was unavailable.