Ever since the first look poster of Mental Madhilo is unveiled, featuring Sri Vishnu as its protagonist, the film has been hogging limelight. Now, the film’s makers have unveiled character introduction teaser. Actor-filmmaker Avasarala Srinivas has released the teaser and the teaser is simply superb. After Pelli Choopulu went onto become sleeper hit and bagged several awards including National Award and Filmfare Award, producer Raj Kandukuri is prepping up with his next Mental Madhilo Featuring Sri Vishnu in the lead, the makes have unveiled an interesting teaser that introduces Vishnu’s character – Aravind Krishna – from the film. 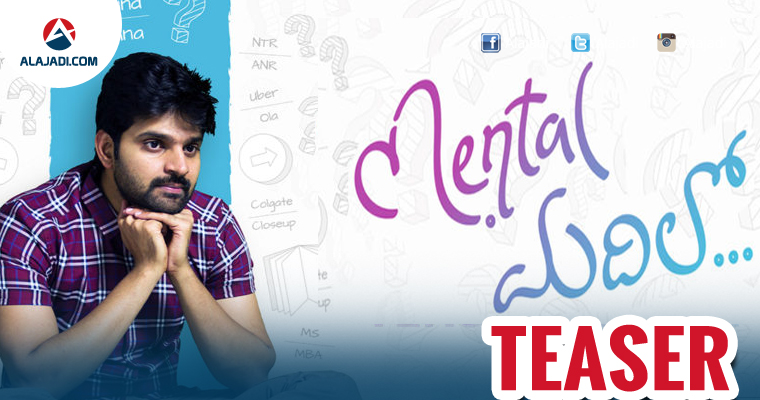 Living upto its title, Sri Vishnu plays a confused guy who struggles to take a decision and the way his character is introduced by drawing an analogy to the story of a king is funny. Born in 1987, Aravind has been a confused lot. The consequences that come in Aravind’s way if he falls for a girl forms the crux of the story. With good visuals and soothing background score, the teaser is a breath of fresh air. Dialogues are simple but touching. The film marks the directorial debut of Vivek Athreya who also penned the story. Newcomer Nivetha Pethuraj is pairing up with Vishnu in this romantic caper. Prashanth R. Vihari, of Vellipomake fame, has composed the music. On whole, the teaser is plain, simple but promising.

Currently in dubbing phase, the post-production works have already been wrapped up. Raj Kandukuri is planning to release the film in July last week.