Bollywood Most awaited film of Actor Varun Dhawan Judwaa 2 Film Trailer Released today by Film Makers. The makers of ‘Judwaa 2’ have come with the most unique way to launch the trailer of their upcoming film. The trailer was launched amidst 100 real life twins who are sourced from across the country.From Chennai to Kolkata to Lucknow to Bhopal, these twins have been discovered from across the nation. Moreover, these twins have flown down by the makers on the day of the trailer launch to unveil the sneak peek of the film. 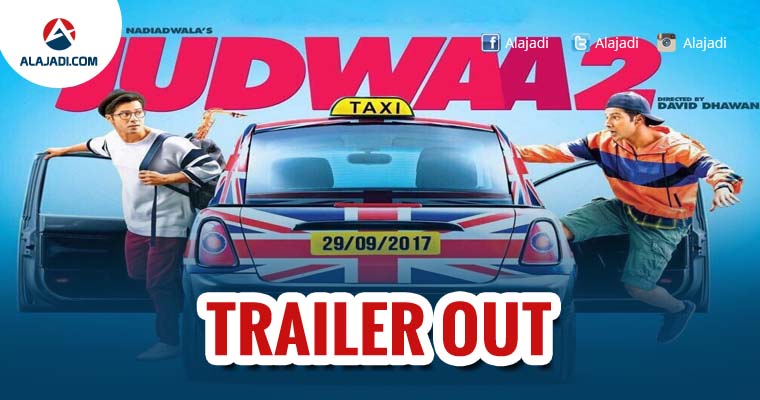 This film shows Varun Dhawan in a double role as Raja and Prem — a first for the actor share screen space with Jacqueline Fernandez and Taapsee Pannu. The movie promises to be full of action, comedy and dance. As per the trailer, the actor has done a wonderful job with his character. Actress Jacqueline and Taapsee too look amazing in the trailer.

The story of Judwaa 2 is similar to the first installment. It is about twin brothers who are separated soon after birth, meet in adulthood and join forces to defeat their common enemy. Salman Khan is also having a cameo, and going by the rumours, he will be reprising his double act from the original movie. This will Varun Dhawan’s second release of the year, after Badrinath Ki Dulhania.

The trailer of Judwaa 2 is hilarious and one can’t wait to watch the movie once seen the glimpse of it. Will it be worth hype? One can find out on September 29.