Akkineni Akhil and Shriya Bhupal pair are striking headlines from the time the news about her engagement came out. The present buzz reveals us that the wedding is not happening and both the families are pretty much disappointed about the same. Meanwhile, both the families tried to sort out the differences between the two, but it did not work says the sources. Still, the family did not give up and tried for a possible patch-up! Ever since the news about Akhil’s and Shriya’s wedding, which reportedly has been called off, was out, various speculations regarding the issue have been surfacing over the internet. 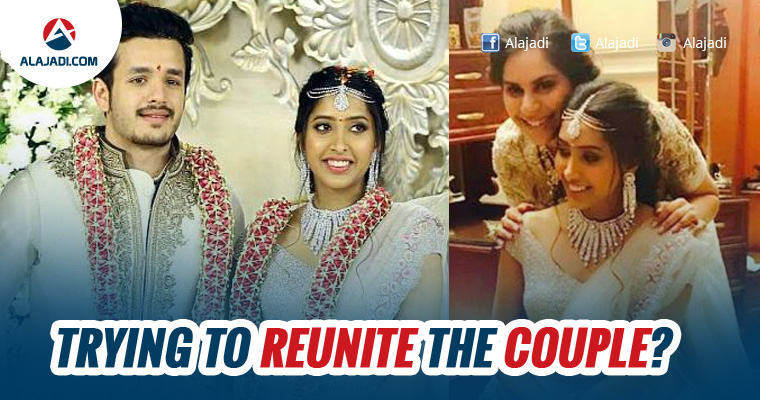 None of the family members have supported or denied the statement till now. Now, the latest news is that Ram Charan’s wife and heiress of Apollo Group, Upasana is trying to convince the love birds and has been mediating to settle the row between them. It is a well known fact that the Mega family always have a close association with Nagarjuna as well as with his family members. Many times, the photos of Ram Charan, Akhil, Chaitanya, Allu Arjun and Rana were partying together went viral on social media. On the other hand, the G.V.K family is very close to the Apollo Group, especially Upasana maintains a good relationship with them. So, now the gossip mills are saying that she took the responsibility to convince the couple and almost succeeded in it. If everything falls in place, the love birds likely to tie the knot in Italy, as per the fixed date.