Tribal girl from MP all set to join Oxford school

Dreams can become reality if you push and try hard enough. This is exactly what happened to 16 year old Asha Gond from Janwaar district in Madhya Pradesh. She is now going to an Oxford school to study the language she has developed a keen interest in. The only condition is that her passport formalities are done on time.

Asha Gond, who hails from Janwaar village in state’s Panna district, was introduced to English language recently and she soon developed a penchant for this language after getting all kinds of support and encouragement from a German woman, Ulrike Reinhard, who has created a skate park in Janwaar and trains school-going tribal children in skating and English language. 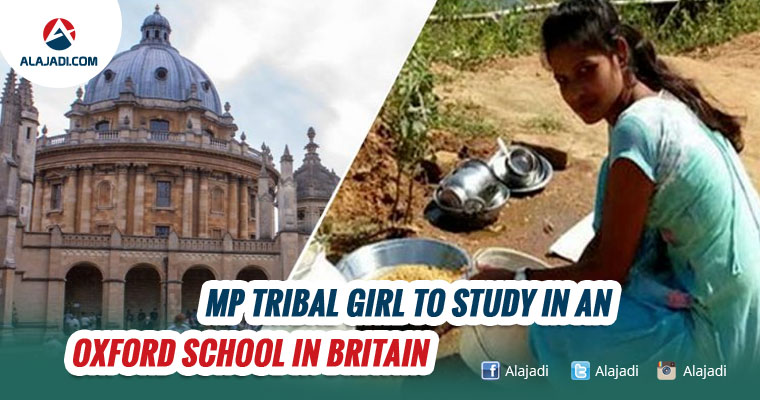 “I am very excited. I don’t know what UK is like but I will definitely make the most of it. I am not at all scared and will give my best,” said an enthusiastic Asha on Thursday. Asha, who has just finished her class 10 from Manohar Kanya High School in Janwaar, did very well in the English course during our summer camp in June last year. So I promised her to take her to UK to learn English. Being a tribal girl and a part of a tradition that marries off girls once they turn 18, sending their girl to a foreign land was completely new and unheard of for Asha’s parents. However, Ulrike along with the MLA of Panna constituency, Lokendra Pratap Singh and Asha’s teacher, Awadh Bihari, managed to convince them after months of pursuit. Both Ulrike and Asha cried tears of joy after hearing the good news.

The Panna MLA said, “I told Asha’s parents that she can be an example for other children in village. She will be the first person to go abroad to study a foreign language. I can understand her parents’ concern but this was important and we managed to convince them.”

“I thought it would never happen. But Asha never gave up and kept telling her parents that she wanted to go. Finally her parents agreed and I remember Asha had tears in her eyes. So had mine,” said Ulrike.

When asked about her future plans after coming back from UK, Asha said, “I will keep reading and will try to make other children read too.” Her parents have promised Ulrike that they won’t marry her off when she comes back. “She’d rather will have a job at Janwaar Castle and translate my words into that village’s language,” added Ulrike.