Talented actor Suriya established a huge fan base in Tollywood and Kollywood. He scored massive hits in his career and is one of the leading actors down South. He teamed up with Hari for the Singam series and Singam, Singam 2 ended up as massive hits all over. Suriya is one of the leading superstars in Kollywood and eventually he has the same market in Telugu too. All of his films release in both the Telugu states in a large number of theaters. 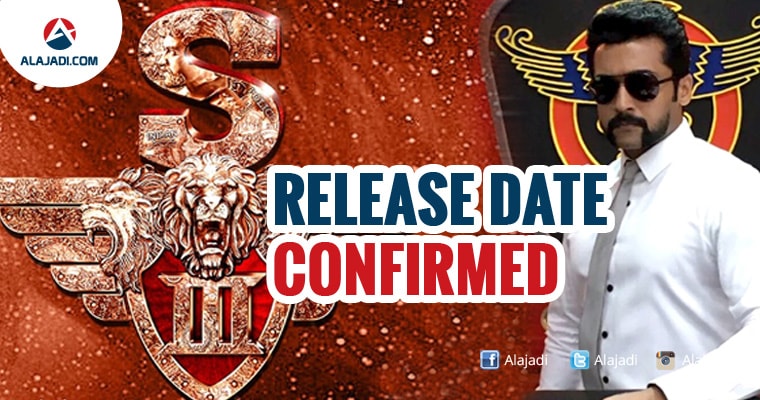 This action film title is also known as S 3. The movie stars Suriya and Anushka in the lead roles. Shruthi Haasan is playing the crucial role in this upcoming movie. The previous ventures of Singam series turned out to be blockbusters in Suriya’s career. Recently the makers of Singham 3 launched posters and teasers which are creating a lot of curiosity for the film. The hype on Singam-3 is skyrocketed.

Suriya has confirmed the film will hit theatres on December 16. The actor took to Twitter to share the news with all his fans. This is certainly a delay when compared to the anticipated release date of S 3. The delay in shooting because of some complications with the Malaysian government is believed to be one of the reasons for the release being pushed back to December. This is the first time in the history of Tamil cinema that the fans group purchased the theatrical rights of the film and are entitled to the distribution and earn profits. Suriya’s fans bought the Telugu Distribution rights of this movie as well.

Ram Charan wrapped up his upcoming film Dhruva shoot recently. Recently Dhruva and team released their audio on the internet and the songs of the film are becoming chartbusters for music lovers. Allu Arvind who producing Dhruva decided to launch the film on 9th of December.