Sharwanand is in full swing as his last film Shatamanam Bhavati was a cult hit. Now, he has come up with yet another film called Radha which is touted to be a fun entertainer with all the regular mass elements. Sharwanand is coming back with a full length comedy and action entertainer. He has done many roles and got good name and fame for the movies he has done. But there is yet another role which keeps him challenging. In this movie he play the role of a cop and does some funny things in his police station. 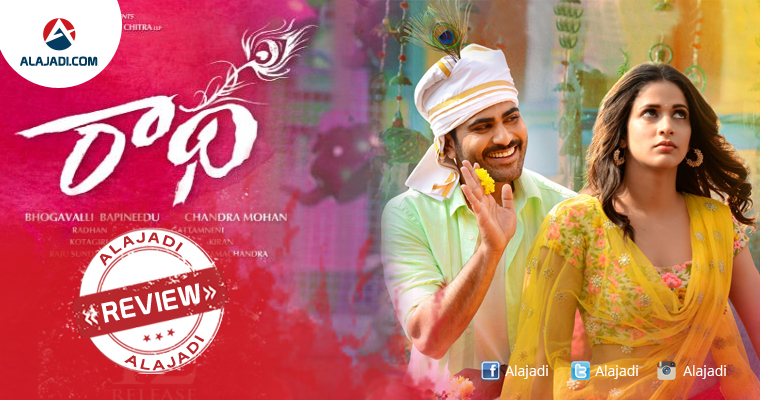 The story revolves around a guy named Krishna(Sharwanand) who gets the posting as Sub Inspector(SI) of an area where there is more crime rate and he wants to enjoy his police power as any cop would want. He is a strong believer of Bhagavad Gita. He falls in love with a girl named Radha(Lavanya Tripathi). But there is a sudden surprise for Radha as there is Rukmini(Aksha Pardasany) in Krishna’s life. There will be a twist in the story when the local politician and local rowdy gets into the act and interrupt with his life and he follow the scenes of Bhagavad Gita in his life.

A great entertainment for all the comedy fans out there. Sharwanand’s timing in the film is really good. The film is being promoted on a huge scale and is coming in at a time when Baahubali is in full swing at the theaters.

Sharwanand: He well suited for this character. His effortless comedy timing is highlight of the film.

Lavanya Tripathi: She has also done well with the role she has in the film.

Aksha Pardasany: She has done extended cameo but not a full length role.

Directed by Chandra Mohan, making his debut. The director’s lack of experience in handling the story is clearly visible. But, as it is his first film, he has done well with the direction. BVSN produced the film with rich production values and the audio composed by Radhan got a decent response. The entertaining trailer has generated a good buzz on the film. The cinematography is by Karthik Ghattamneni. Amidst good expectations. Let’s see if Sharwanand can continue his success streak with this film.