Less than two weeks after J Jayalalithaa died, her party has announced that her closest aide, Sasikala Natarajan, will replace her as the chief of her party, the AIADMK.  Ms Natarajan, 54, holds no post in the party. Rules will be amended if needed to place her in control, said AIADMK spokesperson C Ponnaiyan today. It is the desire of the entire party, he said, adding, Sasikala has functioned as the conscience of Amma. AIADMK Today officially announced that Jayalalithaa’s close confidante Sasikala Natarajan would be elevated as party’s General Secretary. 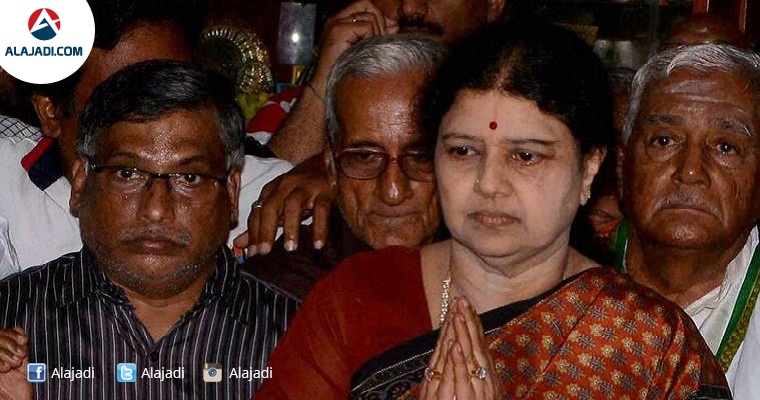 What surprised many after the passing away of Jayalalithaa is not the power struggle or the chaos or the confusion, but how the power is transferred. Had there been a healthy power struggle which you expect in a democracy, it would have been different. There is nothing wrong in having various power centres. But they tell us that there was no difference in opinion in elevating a person who was never in any power position. It was like a pre-ordained transition, pre-ordained not by the consent of Jayalalithaa, but by a group of people who have planned all this.

Amma or mother is how lakhs of supporters, whose devotion bordered on religious, referred to Ms Jayalalithaa, who was Chief Minister when she died on December 5 after a massive cardiac arrest. Ms Natarajan, who lived with her at her huge bungalow in Chennai’s Poes Garden, is called Chinamma (mother’s younger sister).  Ms Jayalalithaa never married.

After more than a week of mild speculation as to who would take over the reins of the party, with even Tamil Nadu Chief Minister O Panneerselvam strongly backing Sasikala, it looks like the party has taken a final decision. Panneerselvam said that Sasikala shared Jayalalithaa’s grief, she lived with her as her trusted aide and was like a sister and that she lived like Jayalalithaa’s shadow “till Amma’s death”. Party members are requesting her to take over the mantle. She is patiently hearing them out. She has not given any indication about standing for the party post. To fill the void in the party created by the demise of Amma, AIADMK senior party leaders and ministers have urged Chinnamma to take on the mantle of general secretary, Panneerselvam said.