Reason Behind Why “C” is The Default Drive.

If you are a geek from the early generations of computer users, you’d probably know the answer to this question. But if you’re not much of a computer aficionado, this would have surely crossed your mind once. Even though you are using the computer for many days, most probably there are many things which unknown to you. If you think, you know everything with computers, then try to answer below questions.
1. Why is that computer hard drive name always start with “C”?
2. Where is A, B drives?
If you are not sure check your drive names in your computer,where they start from C and not from “A” or “B”. The drives beyond that one are labelled “D”, “E”, and so on. If you plug in USB drives they get “F” and “G”. 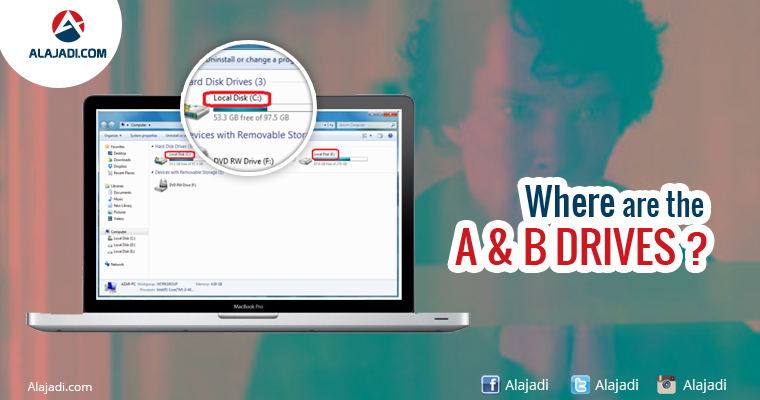 Here is explanation for above two questions:
When the earliest computers were developed, they didn’t usually come with massive internal storage devices inbuilt. Before Hard disks drives there are Floppy Disks drives as initial storage devices. They came into existance before 1980’s only. Floppy Disks came in two sizes, 51/4″ and 31/2″. So the two Floppy Drives had labelled both A and B.
It was only in the late 1980s that hard drives became a standard. And so they were logically labelled C. And these hard drives were used to store the operating systems of the computers. Gradually, floppy disks became obsolete and computers started doing away with floppy drives. The A and B drives were phased out and C remained.
Though “C” drive comes as the default, you can change it to A or B if you have the administrative rights.