Reserve Bank of India (RBI) Today officially announced about it next move to address the cash crunch situation. Necessary arrangements have been made to bring new Rs 20 and Rs 50 currency notes. That doesn’t mean old Rs 20 and Rs 50 denominations were scrapped completely. The legal tender of old Rs 20 and Rs 50 notes continues even after the introduction of new ones. Central Bank informed new notes of Rs 20 denomination with inset letter ‘L’ in both number panels will be issued soon. It further adds, New Rs 50 notes will come without inset letter in both number panels. Both new notes will bear the signature of RBI Governor Urijit Patel, and the year of printing – 2016 – will be mentioned on the reverse side of the notes. 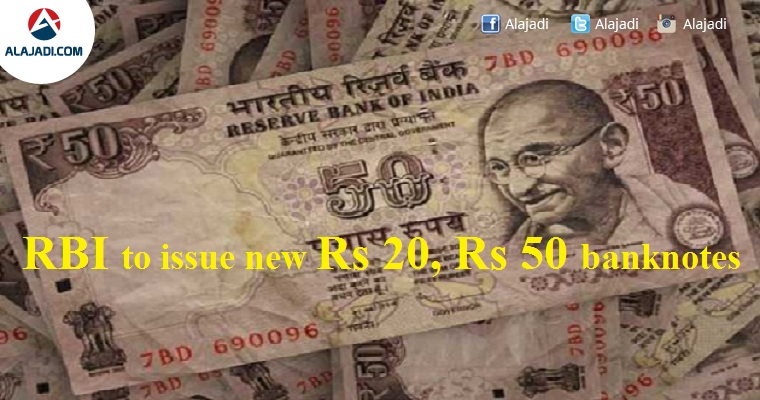 The Reserve bank of India will soon issue new Rs 20 and Rs 50 banknotes in the Mahatma Gandhi series-2005. Prime Minister Narendra Modi had announced on November 8 to demonestise Rs 500 and Rs 1,000 currency notes. It was followed by launch of new Rs 500 currency notes and introduction of a new denomination of Rs 2,000 by RBI Governor Urjit Patel and secretary of the Department of Economiuc Affairs Shaktikanta Das on the same day. Now 25 days after the decision, it announced today the issuance of new notes of two lower denomination.

It may be mentioned here that the new Rs 500 currency notes were issued in a complete new ‘avatar’ from colour to size and to image on its reverse. The size of the new banknote is 63mm x 150mm and the colour is stone grey. It also replaced the image of Dandi March from an image of the Red Fort in Delhi on the reverse. However, the new banknotes of the two low-value currency notes will be same.