NTR Jr’s Temper stands as one of the memorable films in the actor’s career. However, the very thought of its remake is getting flak from NTR’s fans given the names that are doing rounds to replace NTR. Earlier, Puri Jagannath planned to remake Temper in Hindi with Abhishek Bachchan. Thankfully, Jr Bachchan himself opted out citing he couldn’t match the explosive performance of the Nandamuri hero. 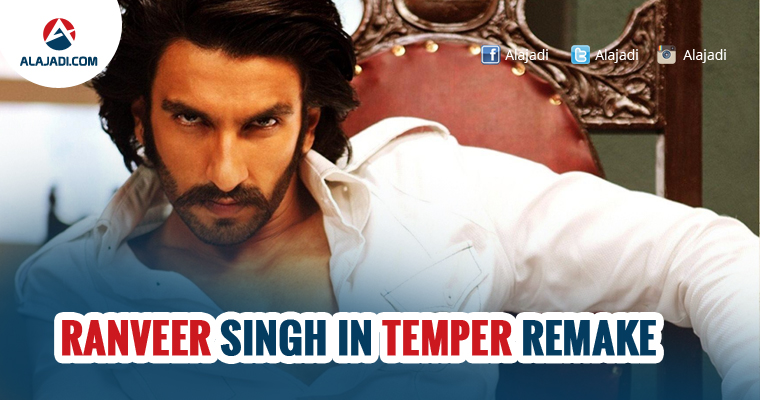 Now, buzz is very strong in Bollywood circles that star director Rohit Shetty is planning to rope in Ranveer Singh in the Hindi remake of Temper. Now, this is another worrying factor. Rohit Shetty is a big name in Bollywood but his films concentrate mainly on action and comedy. Coming to Temper, it is a subtle subject dealing with the rape of a girl. There is huge scope for sentiment and emotions in the film and if they were not handled properly, the remake would be a big farce, especially when Bollywood critics are ever-ready to tear apart south remakes.

Ranveer Singh is a good actor and he has already proved himself with Bajirao Mastani. However, matching NTR’s dynamic screen presence is a monumental challenge for any actor. Hope Ranveer does justice to the character of Daya that was made immortal by NTR.