The world around Rio Olympics Silver Medallist Pusarla Venkata Sindhu must seem like a puzzle whose pieces are falling into place with unfailing regularity. After a remarkable week of tests, Sindhu produced yet another thrilling performance to piece together the first Super Series title of her glowing career. The 21-year-old Hyderabadi outlasted local favorite Sun Yu in a 69-minute battle 21-11, 17-21, 21-11 to win the China Open. 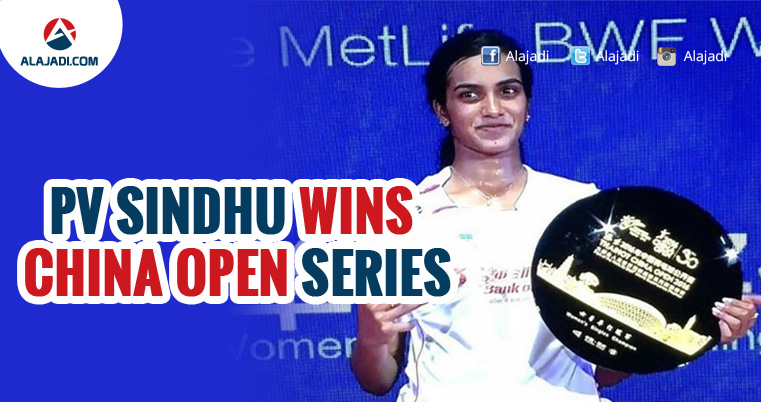 Yu was unable to counter Sindhu’s speed and trailed behind her on points throughout the entire set. But things took a different turn later in the match as Yu came back strongly in the second half and gave a tough fight to Sindhu. Yu matched her on aggression levels and did not let Sindhu go too far ahead on points. In spite of leading the game at the break in the second half, Sindhu failed to take advantage and Yu took the set away from her.

In the crucial third set, Sindhu took the lead early at the break again but refused to let it go this time. She scored consecutive 8 points on her way to the game point. After scoring the winning point, Sindhu roared and went on to celebrate with her mentors.

It is Sindhu’s maiden China Open title. The seventh seed player was in sublime form throughout the tournament and faced several tough opponents on her way to the final including South Korea’s sung Ji Hyun and China’s  He Bingjiao. The only Indian woman to win the title before Sindhu was Saina Nehwal who won it in the year 2014.

This is the best and biggest win of my career, said a delighted Sindhu. This is my first Super Series title, so it will always remain a special memory. At 21, Sindhu has attained her full physical stature, reaping the rewards of the many years of muscle busting work at the Pullela Gopichand Academy.