A Punjab taxi driver got Rs 9,806 cr in his JanDhan Acc

Confusion of a bank employee led to a big mess. A Taxi Driver named Balvinder Singh discovered that a sum of Rs 98,05,95,12,231 (nearly 9806 cr) had been credited into his State Bank of Patiala (SBoP) account on 4th of this month.  This perhaps was the biggest credit entry in an individual’s bank account in the state of Punjab. The Taxi Driver was in cloud nine watching the big figures in a message from bank regarding the credited amount. Nonetheless, a full stop had been put to his dreams with the money was debited from his account the very next day. 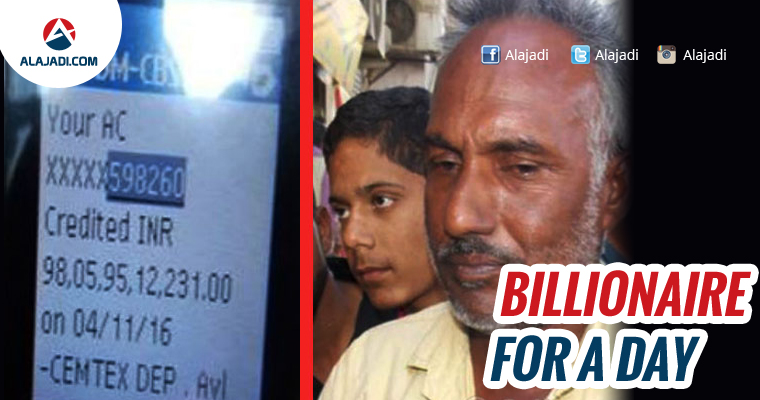 Singh made many rounds of the bank, but nobody listened to him. Instead they kept his passbook with them on November 7, and issued a new passbook without the massive entry. His balance usually is around Rs 3,000 in the Jan Dhan account. Branch manager Ravinder Kumar refused to disclose any details stating, an investigation by income tax (I-T) officials is on. However, Lead bank manager Sandeep Garg gave a clarification in this. While passing a credit entry of Rs 200, an assistant manager wrongly inserted the bank’s 11-digit internal Banking General Ledger account number in the amount column. The mistake was noticed the next day, following which the entry was reversed. A team of income tax staff from Barnala, Sangrur and Patiala carried out investigation till midnight (Nov 28th).

Deputy commissioner Bhupinder Singh Rai confirmed the matter. An official said there was no doubt that the bank officials had acted irresponsibly on several counts. Instead of telling the account holder themselves, they did even attend to him when he visited the branch, he said on the condition of anonymity.