Prabhas to get a wax statue at Madame Tussauds 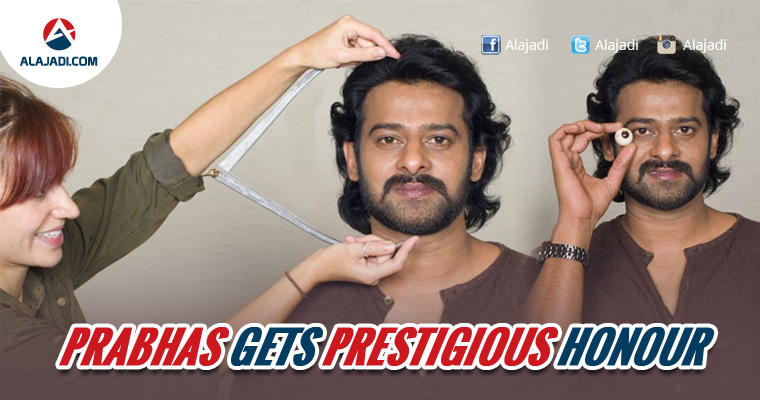 Rajamouli he was feeling very excited to share the news with the world. He said that the statue will be unveiled on March 27, 2017 next year in Bang-Kong. He further said that the statue would be taken through out the world later. The museum’s head Noppadon Prapimpunt and their team from the museum came down to Hyderabad and took nearly 350 photographs of his live size to recreate his figure in wax.

The other Indian popular personality who is immortalised at this museum is none other than our Indian Prime Minister Narendra Modi. So Prabhas shares this honour with Modi. Prabhas is rigorously shooting for the much-awaited sequel Baahubali: The Conclusion. The first look poster of Baahubali 2 will be unveiled on the eve before Prabhas’ birthday on October 22. The film co-starring Rana Daggubati, Tamannaah and Anushka Shetty will hit the screens on April 28, 2017.