Grapevine in the Industry is that Mohanlal will be reprising a crucial role in Pawan Kalyan-Trivikram’s Movie. If the sources are to be believed, Trivikram and Producer S Radhakrishna went all the way to Trivandrum to meet the Mollywood Superstar. Mohan Lal was quite impressed with his character and the way the script has turned out. Immediately, He has given his nod for the project and they are working on the call sheets at present. A official announcement regarding the inclusion of the acclaimed actor is awaited. Mohanlal has been steadily doing great not only in Malayalam but also in the Telugu film Industry. Be it the lead role or a supporting role he is giving his best performance. After giving a terrific performance in Janatha Garage another superstar is showing interest in casting this versatile actor in his upcoming film in a very crucial role. 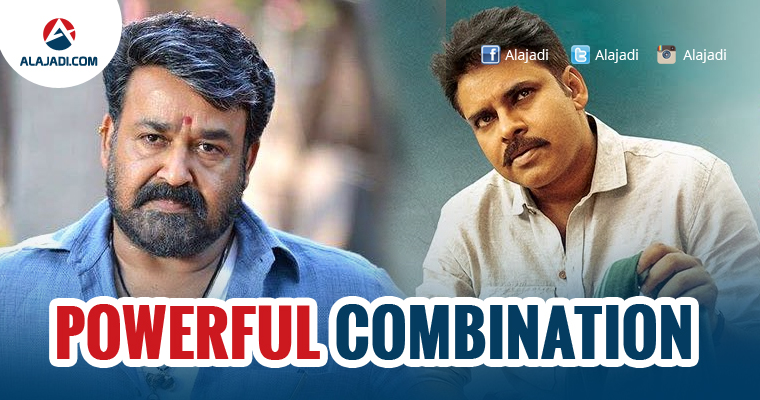 Craze for the project will be unbelievable in case if Trivikram’s project turns out to be Pawan Kalayan-Mohan Lal’s multistarrer. If you are wondering who that Superstar is, it is our very own Pawan Kalyan. Director Trivikram has already convinced veteran actress Khushboo with the story and she has been signed for this film to play a key role. The latest news is that the makers are reportedly in talks with Malayalam Complete actor, Mohanlal. His character plays a very crucial role in this movie as it moves the film’s plot forward. Though Mohanlal heard the script and also liked it he is yet to confirm and announce it officially. If this combination works out undoubtedly the outcome of the film would be great. Another highlight of this film is that the young and energetic Anirudh Ravichandran is composing the music for this film. Bringing Mohan Lal on board fetches additional Rs 10 crore revenue from Malayalam circuit (Theatrical Rights, Satellite). In that way, Pre-Release Business could create Non-Baahubali record.