How excited are you to watch Anushka Sharma-starrer Phillauri and to see her as Shashi, the ghost bride? The most awaited Bollywood film Phillauri which acted and bankrolled by gorgeous actress Anushka Sharma, will be released in theaters on Friday, March 24th worldwide. After a hard-hitting NH10, producer Anushka Sharma is back with her second venture Phillauri. And just like her first production, Phillauri also boasts of a unique story line and an interesting star cast. 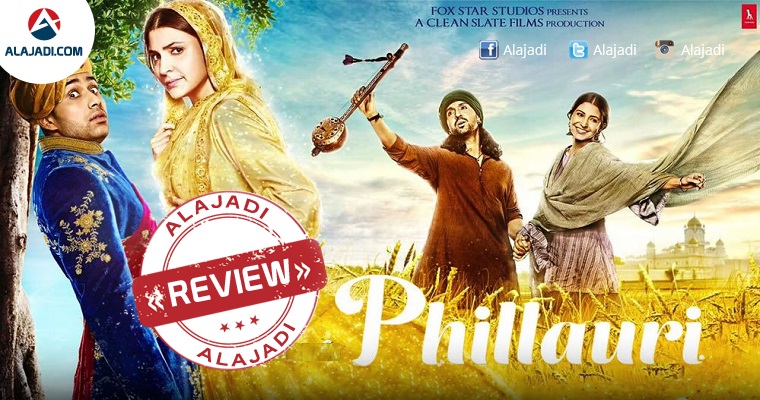 Phillauri The film is set in Punjab and revolves around the story of an NRI Kanan portrayed by Suraj Sharma, who getting married to Anu (Mehreen Pirzada). But, Kanan (Suraj) is Manglik and astrologers suggested getting him married with a tree.  Kanan is forced to marry a tree before the actual wedding with Anu. However, things go wrong when he realizes that he married a ghost Shashi (Sashi) who was residing inside the tree. After few days, Anu also knows about ghost Sashi and both Kanna and Anu trying to find out the reason behind Sashi spirit not leaving the earth. It’s interesting part how the trio got into one team to see the real story of Phillauri (Diljit Dosanjh )and his wife, Sashi. This forms the crux of the story.

Phillauri is a full on family entertainer with mix of comedy, love and drama elements. The film’s special effects have also been getting a lot of applause. Anushka’s ghost is a far cry from the white saree-wearing, candle-wielding spirits of Indian cinema. She is feisty and that comes across in how she is depicted too.

Anushka Sharma: She carried total film on her shoulders. Her action was superb. She plays as ghost in this movie.

Diljit Dosanjh: His performance filled with charm and honesty.

Suraj Sharma: He is perfect for his role. Very funny and looks smart.

Mehrene Kaur Pirzada: She justified her role. Looks fabulous in this movie.

The film has well executed with perfect production values, best performance from lead cast, catchy soundtracks and BGM, and decent special effects. Overall, Another success for Anushka Sharma as Actor and producer after award winning NH10 movie. It is watchable for movie lovers for this weekend.