Petrol price was on Wednesday hiked by a costly Rs 3.38 per litre and diesel by Rs 2.67 a litre, reversing a two-month declining trend. 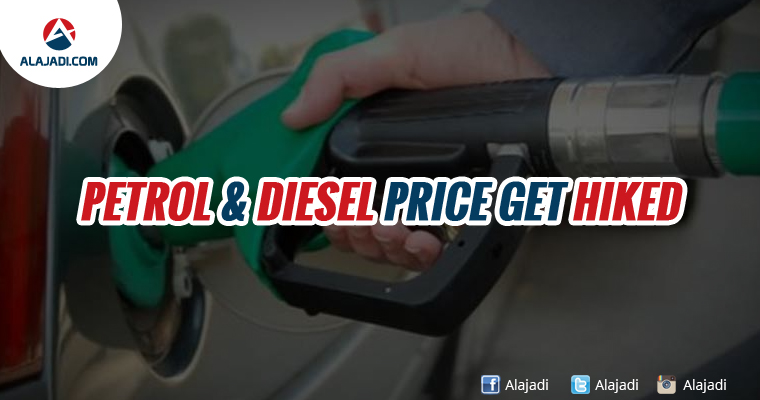 Petrol will cost Rs 63.47 a litre in Delhi from Wednesday midnight, up from Rs 60.09 a litre, said Indian Oil Corp, the nation’s largest fuel retailer. Similarly, a litre of diesel will cost Rs 52.94 a litre as against Rs 50.27.The current petrol price in Hyderabad is 67.75 INR, and diesel price in 57.71 INR with effect from Thursday, September 1, 2016.
Fuel prices were last revised on August 15, when petrol was made cheaper by Rs 1 a litre and diesel by Rs 2 per litre.

The current level of international prices warrant an increase in prices of Petrol and Diesel, the impact of which is being passed on to the consumers. Indian Oil Corporation Ltd. has decided to effect the following price changes will effect from midnight of 31st August 2016 / 01st September 2016.

Petrol and diesel prices are deregulated in India, which means they are linked to market rates. State-owned fuel retailers Indian Oil Corp (IOC), Bharat Petroleum Corp (BPCL) and Hindustan Petroleum Corp Ltd (HPCL) revise rates of the fuels on the 1st and 16th of every month based on the average oil price and foreign exchange rate in the preceding fortnight.