Penalty of equal amount for receiving cash over Rs 3 lakh

Aiming to curb the generation of black money, the government is considering 100% penalty on cash transactions above Rs 3 lakhs. From April 1, those dealing in large sums of cash will have to pay a steep price: the central government will impose 100 per cent penalty on such transactions of more than Rs 3 lakh in an attempt discourage them. 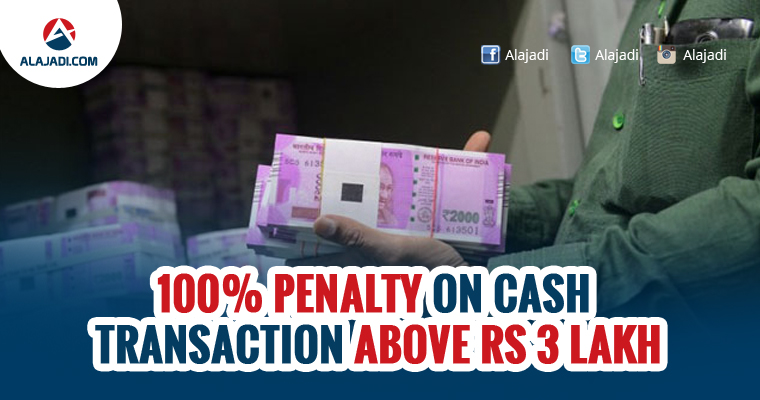 People with large sum of unaccounted money usually spend it on holidaying or buying luxury items like cars, watches, jewelry and land. The new cash curbs will mean that such spending avenues are curtailed, distinctiveness people from generating black money. Adhia said that the previously notified rule of quoting PAN for any cash transaction above Rs 2 lakh stays.

Finance Minister Arun Jaitley had in his Budget for 2017-18 proposed to insert Section 269 ST in the Income-Tax Act to state that no person shall receive an amount of Rs 3 lakh or more by way of cash in aggregate from a person in a day; in respect of a single transaction; or in respect of transactions relating to one event or occasion from a person.

However, the restrictions will not apply to the government, any banking company, post office savings bank or co-operative bank. Adhia said the Budget proposes to levy penalty on a person who receives Rs 3 lakh and above.