Being a devoted actor, Young Tiger NTR hasn’t complained even when he had to change as many as 42 costumes in a single day, divulged unit members. It is known that the shooting of NTR’s ‘Jai Lava Kusa’ is currently happening in Pune. Crucial scenes on the actor are being canned. Since the actor is essaying three diverse roles, he had to frequently change his body language, dialogue delivery and costumes daily. 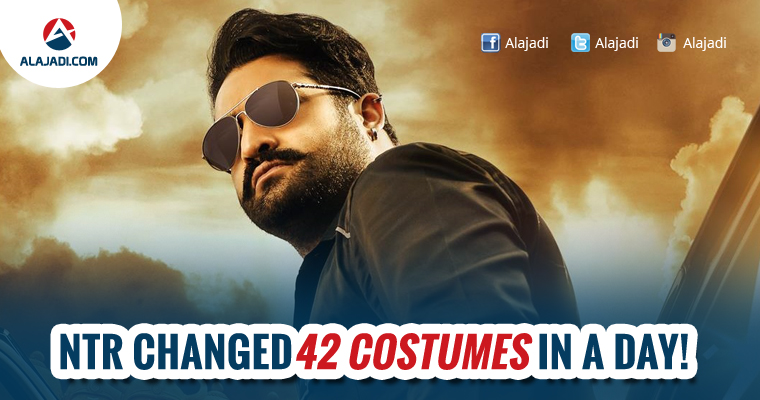 But for this song, Jr. NTR is having to work even harder as per the sources. On one particular day, NTR changed 42 costumes as crucial scenes on all the three characters were filmed on that day. He had to module his body language also according to the character, needless to say how strenuous the effort could be especially since one of the characters has stammering issue. He needed to be mentally alert and physically proactive throughout the day. Despite all this, he kept a smiling face and never complained,’ revealed a unit member.

It may be noted that NTR is shooting for Jai Lava Kusa during weekdays and Bigg Boss show on Saturday and Sunday. He has not had a day off from many days now, added the source.