Rana Daggubati, who has a release lined up in Nene Raju Nene Mantri this Friday, was on the Bigg Boss Telugu show to promote the film. Rana was seen bonding with the contestants of the show giving them much relief after a hectic and dramatic week of proceedings. Rana was also having a great time in the house with the contestants and Jr NTR as well, who are great friends outside too. Rana was served a special dish cooked by one of the contestants, Siva Balaji, on the occasion of Friendship Day which he seemed to relish a lot. 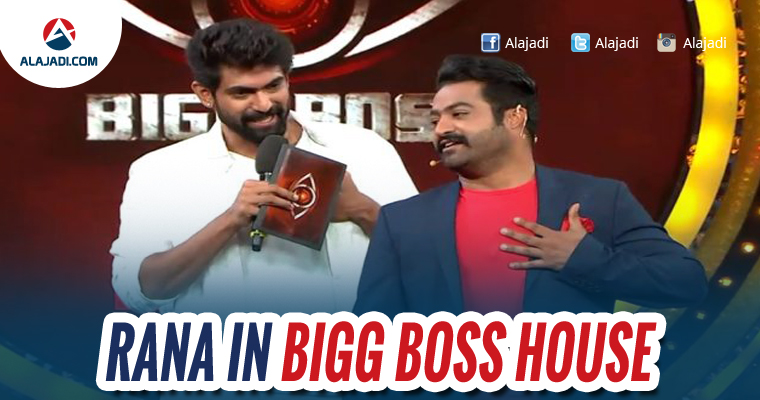 Rana, while on the Bigg Boss Telugu show, said that his character Jogendra in Nene Raju Nene Mantri is crazier than Bhallaladeva in Baahubali, and will blow the viewers’ minds off. “Bhalladeva was more like “My Kingdom…. My throne”, but Jogendra will be more self-obsessed guy who would want to be everything in his kingdom, from King to Minister. Teja, when he came with this film, he didn’t narrate a story but instead he explained what this character would be all out.  I was amazed at the way director Teja has chalked out this character and I feel that only he could have written it so well,” said Rana Dagguabti.

Rana Daggubati also hosts a talk show on television titled No. Yaari which has completed 4 weeks of episodes. The show is already at the top of the charts with some great TRPs being earned. Rana is yet to announce his upcoming film after Nene Raju Nene Mantri, which is likely to be done after the release of the film.
Watch Here: