After much drama surrounding the appointment of team India’s head coach, Ravi Shastri was finally confirmed as the new head coach of the Indian cricket team on Tuesday. Reports on Tuesday evening had said that the former India cricketer is the new coach but Board of Control for Cricket in India (BCCI) denied it only to confirm it later. The BCCI also announced that Zaheer Khanwill be the bowling coach for the team and former India skipper Rahul Dravid was given the role of batting consultant for specific overseas tours. 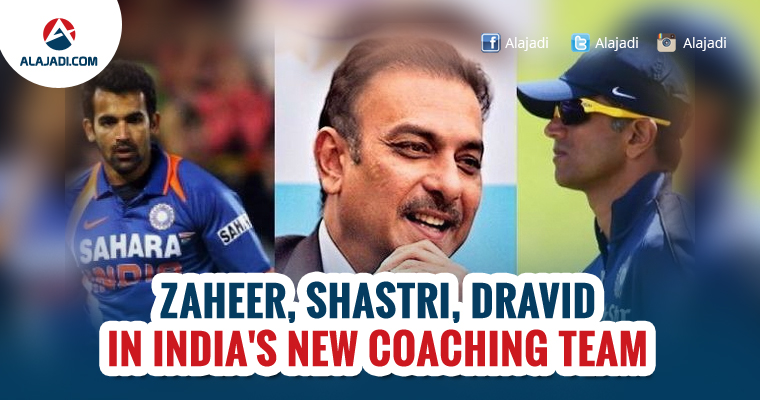 CK Khanna who is the acting President of BCCI told Cricket Advisory Committee (CAC) made the above recommendations and the term will last for a period of 2 Years. Which means, Shastri, Zaheer and Dravid have been given the responsibility to ensure India wins 2019 ICC ODI World Cup. The decision has been taken only after consulting with skipper Virat Kohli, who allegedly caused former coach Kumble to step down.

Shastri has reportedly signed a two year contract, and thus he will remain the coach when India plays the 2019 ICC World Cup. The appointment of Shastri as Team India’s coach has not gone well with most of the Indian cricket fans who argue that he will just act as a ‘Yes Man’ to skipper Kohli.