Bigg Boss Telugu hosted by NTR is going crazy in the audience. With huge TRP rating, this show made Star MAA in the first place.The management of this show is planning to increase the popularity of this show. Already they have introduced hot beauty Deeksha Panth to the show. Ever since then, Viewers are eagerly waiting for the next celebrity to make the activities in the House more entertaining. Here comes one more wild card entry of Navdeep into the house. 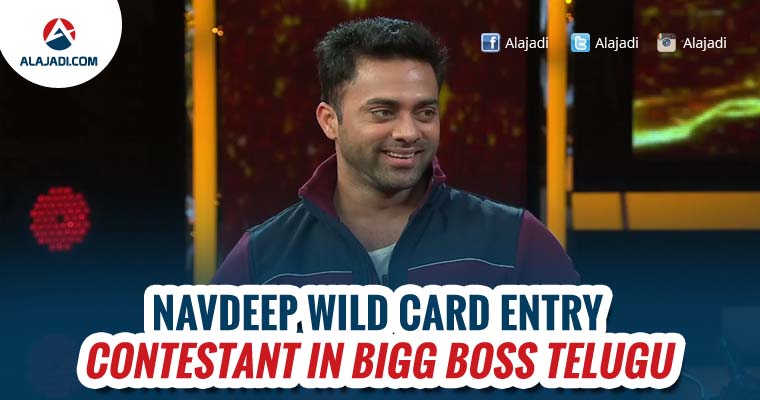 This week, Two of the participants Kalpana and Kathi Mahesh faced the threat of elimination. And then the Bigg Boss team planned to introduce one with wildcard entry. Last night after the elimination NTR announced the Wild card entry of Navdeep. He will be joining the house on Monday morning as a surprise to the Housemates.

Navdeep is having the good fan following. So they have decided to take him into the show. He is one of the Film Personalities, who got questioned by Special Investigation Team (SIT) for alleged links with drugs scandal. Viewers will be curious to know how he would behave in Bigg Boss house and what he is gonna reveal. Out of 14 Contestants, 3 Faced elimination so far. By the end of 4th Week, The count will fall to 9 but Navdeep’s inclusion will make it 10 altogether. Navdeep will be remained arrested in Bigg Boss house until he is eliminated or win the series.