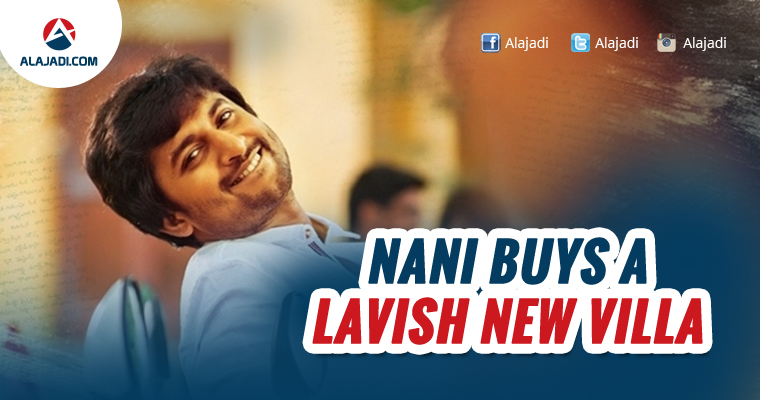 He has registered his career-best hit with Nenu Local early this year and his upcoming film Ninnu Kori also is looking extremely promising. Recently, Makers released the First Look and also Teaser of the film which got the superb response.He has been making very amazing choices in opting the scrips and giving the blockbuster films as the output.

So Nani is not only making good choices on the career front but also making smart investment choices too. This disciplinary family man is focusing on his job and he is doing his obligation flawless. Another actor who is moving to a new house is actor Raj Tarun who bought a new home after signing a three film deal with AK Entertainments. The villa costs around Rs 2 crore.Post the success of Pelli Choopulu, Vijay Devarakonda too, bought a new house in Banjara Hills, into which he is likely to move in soon.

Meanwhile, Nani has started shooting for ‘MCA’ (Middle Class Abbayi)’ under the direction of Venu Sriram and produced by Dil Raju. His upcoming release is ‘Ninnu Kori’ is going to release on 7th July.