Teaser of Manchu Vishnu and Hansika starrer ‘Luckunnodu’ is finally out. Raaja Kiran who earlier made horror comedy Geethanjali is coming up with an out and out entertainer this time. Manchu Vishnu after super hits Denikaina Ready and Pandavulu Pandavulu Thummeda. MVV Satyanarayana on MVV Cinema banner is the producer. 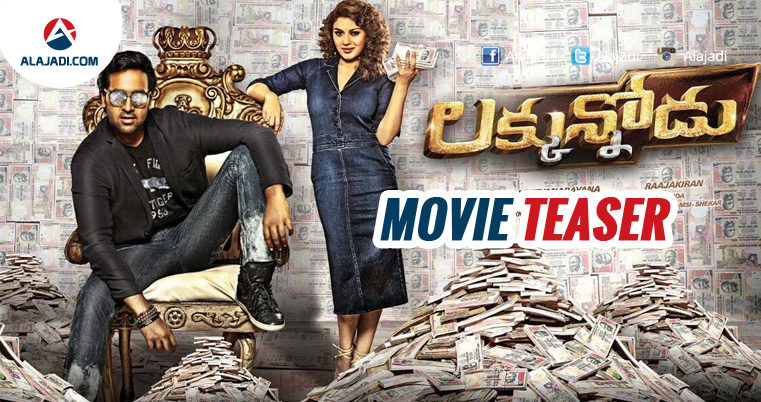 Vishnu (Lucky) turns out to be unlucky for others since the day he was born. Whoever meets him would end up paying the price. Makers tried to generate ample comedy with this concept but succeeded partly in their attempt. Then there are comedy situations and dialogues with Sathyam Rajesh, Vennela Kishore, Prabhas Srinu in their usual drill. Also, it is expected that the teaser clearly indicates that the film has high dose of a fun quotient. Raaja Kiran is the director of the film and Diamond Ratna Babu is the dialogue writer.

Except for two songs, rest of the production part is completed. This film is a Manchu Vishnu mark love and comedy entertainer. Audio function will be held very soon and Luckunnodu is likely to grace into theaters in December.