A man is claiming himself as son of Jayalalitha !

Under bizarre circumstances, a young man has come forward who claims to be former Tamil Nadu CM Jayalalithaa’s son. Krishnamurthy, a resident of Erode has a filed a complaint with the chief secretary of the state, claiming that he is the only son of Jayalalithaa and that his mother was killed. Now, A Man not only claims to be the son of former Tamil Nadu CM but also describes himself as the rightful heir of her. 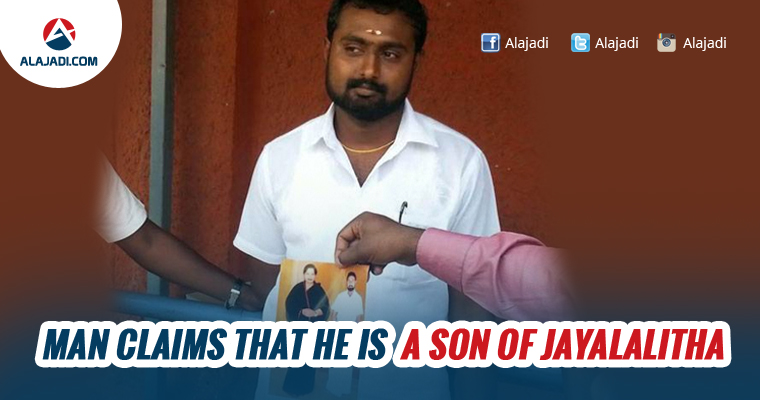 He claimed that he stays at Jayalalithaa’s friend Vanithamani’s house along with his adopted parents. He also said that he met Jayalalithaa at Poes Garden on September 14, 2016, and stayed with the late AIADMK leader for four days. My mother wanted to introduce me as her son to the world and knowing this an argument broke out between her and Sasikala. She pushed my mother down the stairs on 22nd September and killed her, he claimed. Krishnamurthy added that he didn’t come forward earlier because he was afraid; however, he gathered courage later to reveal the truth.

A complaint was lodged with Tamil Nadu Chief Secretary by Krishnamurthy in this regard. Is Sasikala’s Camp willing to conduct a probe? or Will they ignore it saying the claims were completely false?