The boss of Tollywood industry is back. Chiranjeevi‘s 150th movie Khaidi No. 150 is the talk of the town. Many celebrities hailed the movie in praises. In a private function in Vizag, Allu Arjun said, Khaidi No. 150 will roar at the box office with 150 crore rupees collection. 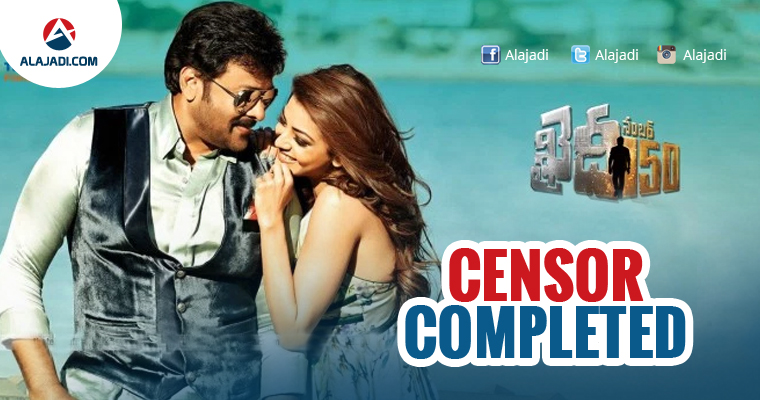 Khaidi No. 150 recently wrapped up its post-production works, and headed to the censor screening. KhaidiNo. 150 successfully got a ‘U/A ‘ clearing from the CBFC board. The members of CBFC were in praise for the movie. Another latest update is that the producer of the film Ram Charan Teja announced on Thursday that a grand pre-release event would be held in Indira Gandhi Municipal Grounds in Vijayawada on January 4. The film is being bankrolled by Chiru’s son Charan under Konidela Productions banner.

Khaidi No.150 is Chiranjeevi’s 150 film and marks the comeback of the actor in a lead role. It’s been 10 long years since Chiranjeevi was seen in a full-length movie. The last film of his was Shankar Dada Zindabad, which was also a stupendous hit. Apart from being his comeback, it has been shot in exotic locations of Central Europe, Slovenia and Croatia, and the filmmakers also said to have roped in popular choreographer Lawrence who might give Chiru another signature step, like Veena step of Indra, for the audience to remember.

Khaidi No.150 is said to be a remake of the Tamil action flick Kaththi. The Telugu remake is directed by V.V. Vinayak and produced by Chiranjeevi’s son Ram Charan under their home banner, Konidela Productions. This action drama, along with Chiranjeevi features Kajal Aggarwal in the lead roles. Most of Chiranjeevi’s movies were released on a festival day, and this time as well it will release on Sankranthi and will also be clashing with Balakrishna’s 100th film Gautamiputra Satakarni.