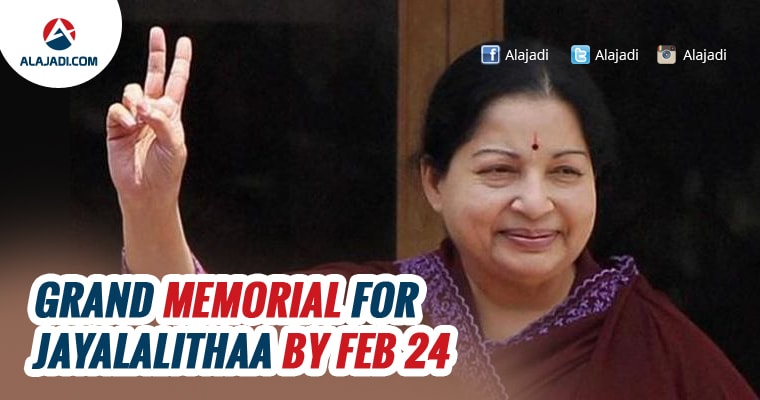 The grand memorial will be dedicated to the Nation on the birthday of Amma and it will be kept open for visitors from then on wards. Currently, AIADMK Government is in the process of choosing a perfect design for Jayalalithaa’s memorial. Soon after finalizing the design, Construction work would begin. A GO regarding Amma’s memorial will be issued within few days.

Highly placed sources in the AIADMK Government told Deccan Chronicle that a grand memorial is likely to be thrown open on February 24, 2017 — on what would have been Jayalalithaa’s 69th birthday. Dedicating the memorial to the nation on Amma’s birthday would be the greatest tribute that one can pay to her. All efforts would be taken to ensure that the memorial stands tall on that great day, a senior AIADMK functionary said.

On Thursday, A Team of Police Officers and PWD Officials visited memorial site to review the security arrangements as thousands of people kept coming in the past few days to pay their last respects.