P Ramkumar, the lone accused in the murder of Infosys techie S Swathi, allegedly committed suicide in the Puzhal Central Prison here on Sunday. Jail Authorities suspect it could a case of Suicide. He was declared brought dead at a Government Hospital. 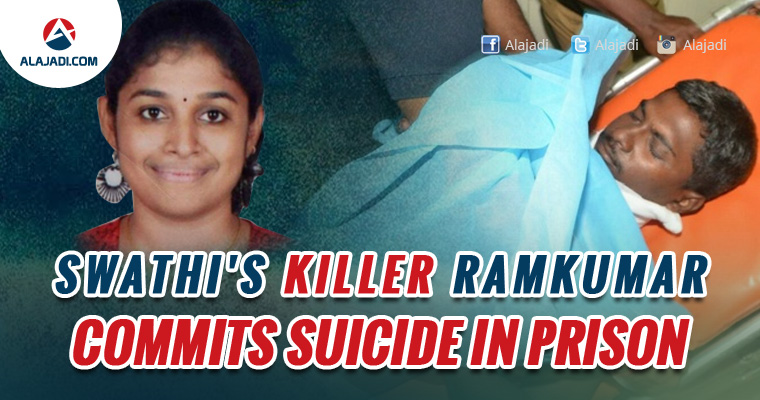 She was hacked to death, allegedly by him, an engineering graduate, on June 24 while she was waiting to board a train at a platform of Nungambakkam suburban railway station to her work place on the city outskirts, an incident which was caught on CCTV. When police traced him days later and came to arrest him, he had allegedly attempted to commit suicide. Ramkumar committed suicide by biting a live wire used in a junction box inside the prison.

A week after the murder, police arrested him from his native village in Tirunelveli district on July 1. He attempted suicide by slitting his neck with a blade while police went to his native village to nab him. Ramkumar’s death would be treated as custodial death and a case would be filed under Section 176 of the CrPC. Deputy Commissioner of police, Mylapore, V Balakrishnan, said a request for judicial magistrate inquest would be made.