Head Constable Venkatramaiah is of the upcoming movies in Tollywood film industry. This film genre is based on action drama which was directed by Chadalavada Srinivasa Rao. R Narayana Murthy played as main lead role in Head Constable Venkatramaiah flick. Actress Jayasudha, actor Jayaprakash Reddy, Chalapathi Rao and many other celebrities were acted in supporting roles. 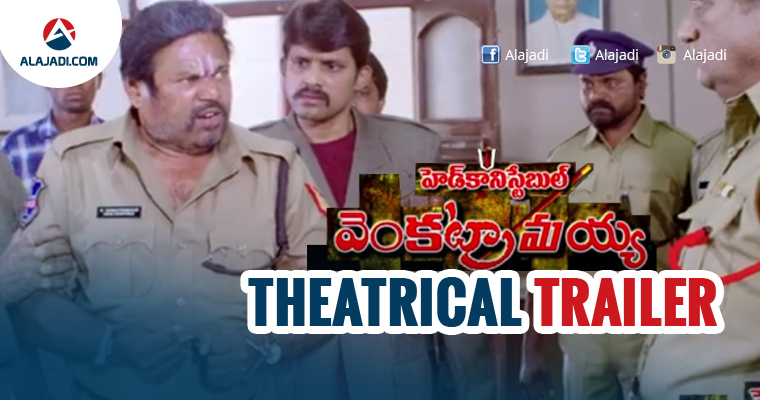 Chadalavada Padmavathi was handled the direction works of the movie. Vandemataram Srinivas gave the music score in the project. It was produced under the banner of Sri Tirumala Tirupati Venkateswara Films. Makes have recently released the Head Constable Venkatramaiah movie dialogue trailer on social media which is attracting everyone, and gaining good marks from cinema lovers.

Makers have earned good response from the people for their released dialogue promo trailer. So, they have lot of confidences on their upcoming project as it will give good success to them from the audiences and movie lovers. On oneside had we have Megastar Chiranjeevi’s Khaidi No 150 set for January 11th release tentatively. Then there is Gautamiputra Satakarni coming up on 12th. The remaining space is taken away by Dil Raju’s Satamanam Bhavathi.

Unit members have earlier revealed the posters of the film on social media which have got good response from the Telugu specking people and movies lovers. It seems, makers would be made different kind of promotional activities which will create lot of interest among the public on Head Constable Venkatramaiah movie. Previously, makers stated the film will be released on the eve of Sankranti. If it becomes true and then R Narayana Murthy’s fans will enjoy the festival more happily.

One wonders what made Narayana Murthy take such a decision. As he’s coming up with a film after long time, hope he makes a good move.