The Rajiv Gandhi Khel Ratna Award is given in Sports and Games, is the highest sporting honor of the Republic of India. The award is named after Rajiv Gandhi, former Prime Minister of India who served the office from 1984 to 1989. It is awarded annually by the Ministry of Youth Affairs and Sports. 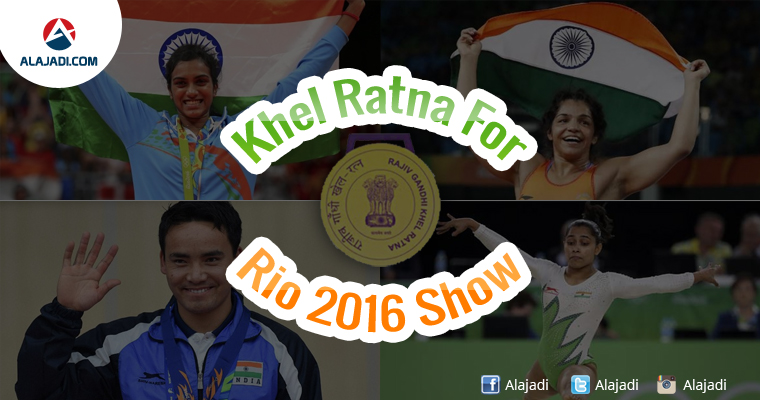 A day after the Olympic Games came to an end in Rio de Janerio, the government on Monday conferred the Rajiv Gandhi Khel Ratna Award 2016 to Olympic medalists P.V. Sindhu and Sakshi Malik, ace gymnast Dipa Karmakar, who lost a medal by a whisker, and shooter Jitu Rai. This is for the first time the nation’s highest sporting award has been conferred on four athletes.