After a long gap, legendary director Vamsy, is back with his new film Fashion Designer. Starring Sumanth Ashwin as the main lead, this film has hit the screens today. Fashion Designer s/o Ladies Tailor is one big film that has been in the news for a long time. The film is the sequel for the super hit film Ladies Tailor starring Rajendra Prasad in the lead role.  Apparently, we have heard that the film was given A certificate without any major cuts. The censor board members have asked the makers to remove a couple of words and except for that, they have suggested no objections for the screening of the film. 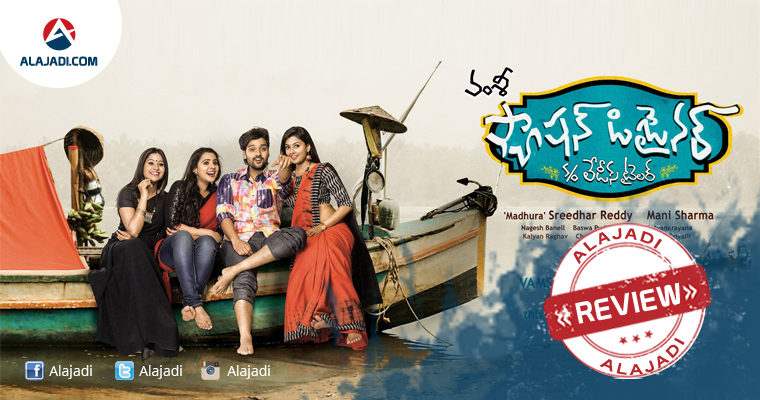 Gopalam(Sumanth Ashwin) is a small-time tailor who dreams of becoming a fashion designer. In order to make it big, he traps a rich girl in his village. This is also the time when yet another rich girl called Ammulu(Manali Rathod) falls head over heels for Gopalam. Seeing this, he too gets involved in the relationship. But the twist in the tale arises when a rich NRI(Anisha Ambrose) enters the scene. Once again, Gopalam changes track and traps her somehow. Now, he is stuck between the three girls and rest of the story is as to whom does he end up with at the end.

One the whole, Fashion Designer is a film which has the glimpse of trademark Vamsy in only a strict few scenes. The proceedings look a bit outdated and some over the top performances make things harder. All those who loved Vamsi’s slapstick comedy might end up liking this comedy caper but for the rest, this film is just about okay and can be watched only if you absolutely nothing to do.

Sumanth Ashwin: He is okay in his role but the director has made him overact in many scenes.

Manali Rathod: She is the best out of all the three heroines and gives a decent performance.

Producer Madhura Sreedha ensures that the film looks quite rich and he has not compromised and gives the viewers some rich and soothing visuals. Editing is decent and so was the art direction. Dialogues were quirky and suited the mood of the film well. Coming to the director Vamsy, it his screenplay that takes the film down. He adds many loud scenes which are outdated and have no interest value for the audience. Even the climax is rushed up in a hasty manner.