Face to face with Collector Amrapali over fund your city initiative

Snapping a ‘Selfie’, a popular trend of self-expression on social media platforms since the dawn of the digital revolution and smart phones, has assumed a new dimension here. It has now become a mode of monitoring social welfare hostels in Warangal Urban district, especially to keep an eye on the food served and the menu at the hostels. It further helping to supervise the attendance of the wardens and the students as well. In an innovative initiative, wherein the best use of the social media and practice of taking selfies is made, the district administration has directed the heads of all SC/ST/BC welfare departments to create WhatsApp groups as group admin. 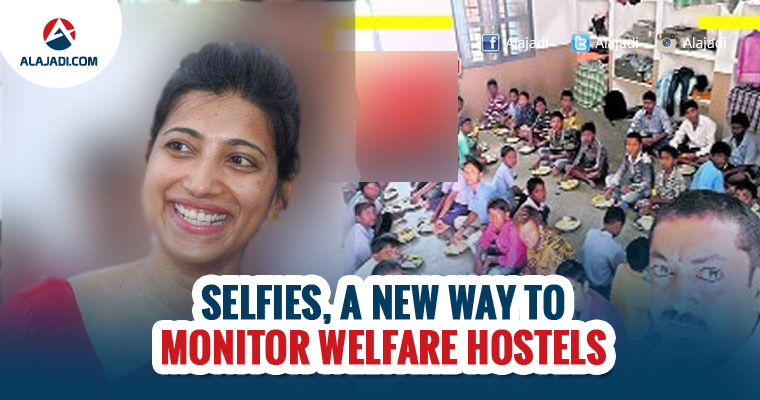 The District Collector, Amrapali Kata, is a member of all those groups. The hostel wardens have to take their selfie along with the food served and the students present at the time of serving the food. The selfies then have to be posted on the WhatsApp groups. Later the group admin has to send a message to the Collector with summery of the data he/she received. The system was introduced one and half month ago in view of the frequent complaints by students and student organisations over poor quality of food served at the hostels, absence of wardens and their failure to follow the menu prescribed, the Collector noted.

As the inmates at the hostels are in elated mood and exited over the new system and want it continued in future as it enabled them to have proper food as per the menu, the officials feel that their responsibility has increased. A student B Supraja, studying tenth class and staying at ST Girls Hostel at Julaiwada in Hanamkonda said. ‘It is really a good system and we are getting proper food as per the menu and we are happy.’ The same is the feeling of many other students. The system of wardens taking selfie along with the food and students is benefitting us. No official can escape from his or her duties and will be held accountable as the food served at a particular hostel will be known to all in the group and to the Collector, felt a student D Swathi.

Everyone likes a selfie and it is an exciting experience for all of us to take the selfie every day, she added. The warden at ST Girls Hostel, Shaganti Jyothi felt that with introduction of the new system, their accountability has increased and has helped to streamline every issue related to management of the hostels. It also enabled us to take the issues we have, to the notice of the Collector and get them resolved.