Cyber Tower in Vizag to beinaugurated on Thursday

IT and Panchayat Raj Minister Nara Lokesh is going to inaugurate the Cyber Tower in Visakhapatnam. The new building of Tech Mahindra has been named as Cyber Tower and it has been taken on lease by the AP Electronics and IT Agency (APEITA). It will be inaugurated by Lokesh on August 24 in Vizag.

Given that it was his father and then CM of united Andhra Pradesh who inaugurated the famous Cyber Towers in Hitech City in Hyderabad that went onto become a landmark and subsequently became a IT hub giving Bangalore run for its money, the Cyber Tower inauguration in Vizag by Lokesh is getting a great significance. 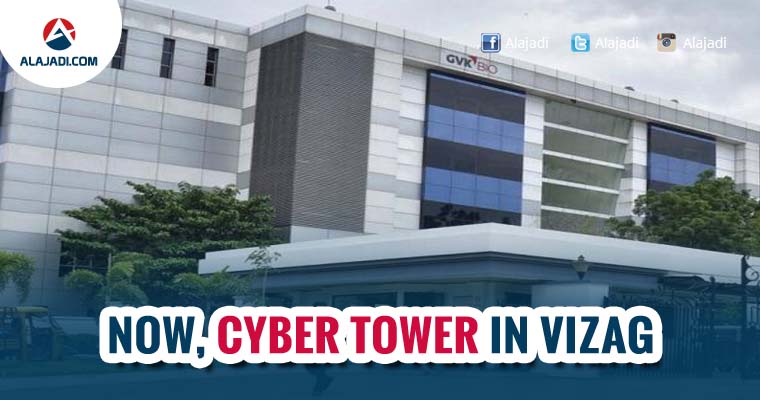 Visakhapatnam’s Cyber Tower has one lakh sft. The space on the 11-floor building (including parking space in basement) with the state-of-the-art facilities has been taken on lease by APEITA to encourage investments in IT. APEITA is an autonomous organisation initiated by the AP State government to promote investments in electronics and IT sector and thus boost the employment in the successor state of Andhra Pradesh.

Vizag is the main IT destination in Andhra Pradesh with a turnover of Rs. 2,000 crore. It is home to big players including Tech Mahindra, Wipro, HSBC, IBM, Concentrix and WNS. However, space constraint has become a major hindrance as many IT companies are finding it difficult to get space with facilities such as plug and play. APEITA is currently constructing Millennium Tower, which is in its advance stage, at Rushikonda near the Incubation Hut where two lakh sft of built-up area is being created in a IoT-enabled cyclone-resistant super-structure at a cost of Rs. 180 crore. The construction is being executed through the APIIC.