Sithara entertainments, the producers of “Premam”, have announced that the music of “Premam” has come out very well and are very happy with the huge response from the music lovers towards “Evare” song. 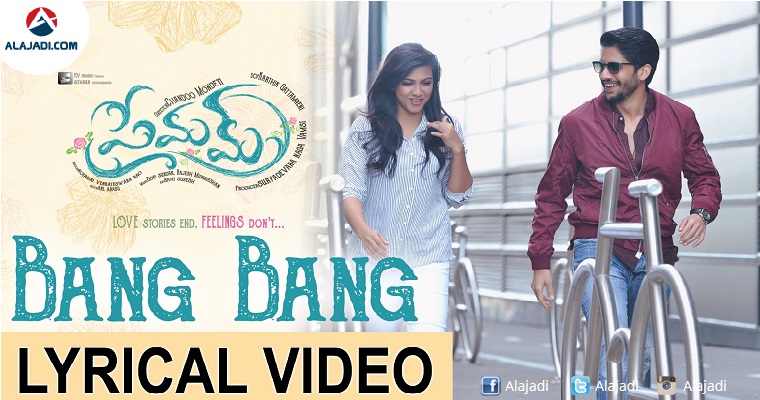 Chandoo Mondeti directe the movie which is said to be the remake of Malayalam blockbuster with the same name. Shruti Haasan, Madonna Sebastian and Anupama Parameshwaran are the female leads in the movie. The music of Premam will be unveiled on September 20th, 2016. Bang Bang song lyrical video is available on Aditya Music Youtube Channel.Aditya music acquires the musical rights for Premam whopping song.

Now a new song that goes by the lyric Bang Bang got released by the makers and it attracted youths for its soulful rendition. Premam is set for a Dasara release. This is stepped by Chaitanya Akkineni and Madonna Sabesttian, rendered by Haricharan with lyric penned by Rama Jogayya Sastry and music composed by Gopi Sunder. Post-production work is now being going on with good pace.

While the sound is full of techno, the fast paced rap like tune is an instant hit. Shot in exotic locales of Norway on Chay and Madonna, the song is another sensational one from the album.