The government today proposed to lower cap for cash transactions to Rs 2 lakh from April 1, make bio metric identifier Aadhaar mandatory for filing tax returns and allow cheque only contributions to electoral trusts as part of the tirade against black money. Union Government decided to limit the Cash Transaction to only 2 lakh, which is Rs 1 lakh less than what Finance Minister proposed during the Budget Session in Parliament. 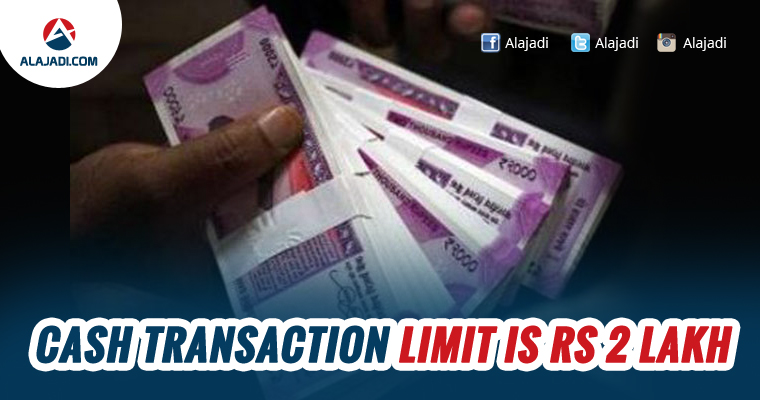 Actually, the Rs 3 lakh limit proposed for cash payments in the Budget for 2017-18 would be brought down to Rs 2 lakh as part of an unprecedented 40 amendments to the Finance Bill. Along with that most other amendments making Aadhaar mandatory for filing tax returns, applying for permanent account numbers (PAN) and allowing payments by only non-cash modes such as cheques, bank drafts or electronic transfers for electoral trusts are also aimed at curbing black money. A few are aimed at rationalizing tribunals by merging these to reduce the number to 12 from 40.

He made it clear that any cash transaction beyond Rs 3 lakh will become illegal. However, center has proposed cap legal cash transaction limit at Rs 2 lakh now. This proposal is one of the 40 amendments recommended to the Finance Bill. In case if people were caught violating the rule, A penalty of equal amount would be levied on them. This is a major step to collect more revenue in the form of taxes and cut down corruption.