Son of Kumaraswamy the ex cm of Kannada state and grand son of Deve Gowda ex prime minister of this country Nikhil Kumar Gowda has made his debut with the film Jaguar. The movie that got released few days back turning out to be a biggest debacle of his career with the very poor taking and screenplay of this movie.

The budget is turned around with 75 crores which is highest for any debut hero in the entire country. This movie is going to give huge losses for the distributors and buyers all in all. But still the hero is interested to make some serious movie with a top notch budgeted movie yet again. Kumara Swamy is considering the top directors like Puri Jagannadh, Koratala Siva and Trivikram Srinivas for Nikhil’s second film. 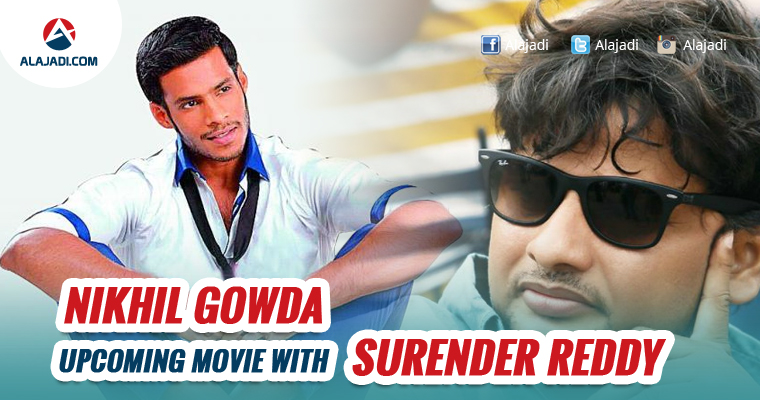 During the audio launch of Jaguar film, Kumara Swamy has revealed that Nikhil’s second project will start next year and a top Tollywood director will direct the film. But one thing is clear that the second film going to direct by a Telugu Star Director. He is none other than Surender Reddy, who is busy with ramcharan in Dhruva. After Dhruva Surender Reddy is going to direct Nikhil’s Second film. It looks like Kumara Swamy is not compromising at all in bringing the best of the best for his son. Surender Reddy generally makes some great budgeted films with fun filled comedy but lets see how it goes with a plop debutant too.