The teaser of Nandamuri Balakrishna‘s most awaited “Gautamiputra Satakarni“ is out and as expected, the teaser is a feast for the eyes. The 40-second teaser has very little to offer yet it’s more than enough for fans to go berserk. Directed by National Award-winning filmmaker Krish Jagarlamudi, this movie features Balakrishna playing the titular role as Satakarani with some visually appealing war sequences. 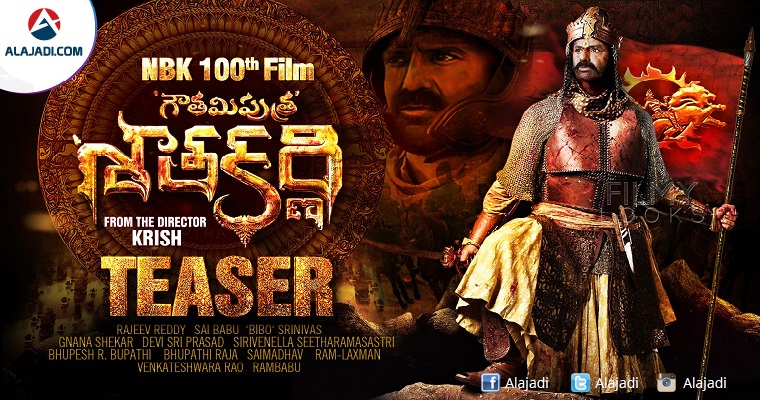 The actor was also seen riding a horse and brandishing a sword smeared with blood, redefining all the roles he has played until now. Actor Shriya Saran will be paring with him as the female lead in the movie. It is also her second film in such a combination with him. The film also features popular Bollywood actor Hema Malini playing the role of Satakarni’s mother. Chiranthan Bhatt is rendering music for the film, which is being bankrolled by First Frame Entertainments on a budget of Rs 70 crore.

Balakrishna, after recent titles like Legend, Lion and Simha, will be seen in a completely new look for this film. With double the budget of his highest grosser, the movie is a much-awaited treat for his fan-base and for himself too.